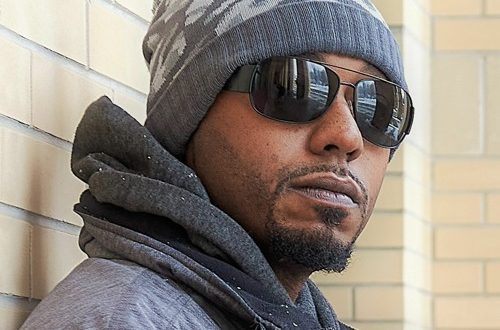 There’s no room for debate – hip-hop is now the biggest genre in the world, overtaking a spot previously dominated by rock n’ roll for the better part of the last century. As rap has ascended to the top of the heap, so have its many underground markets, including Rich Lindo’s turf in Toronto. Lindo’s new single “Jungle” has the uncompromising strength and physicality of a mainstream American rap track, but that’s where the comparisons end. This is one player who doesn’t want to fit in with a crowd; he’s out to make an original name for himself, and that’s obvious when listening to “Jungle.”

The mixing of this single didn’t leave any space for filler, but with that said, it should be noted that Rich Lindo has no problem spreading the instrumental love around just the same. There’s an industrial-style grind to the bassline that makes it feel as though we’re about to be suffocated around every corner, and while there isn’t as much of a wallop to the percussive element here, I would say that there doesn’t need to be any. Overall, “Jungle” is a balanced piece of material that doesn’t try to be anything more than the simple hip-hop single it ultimately should be.

Lindo’s vocal delivery in this track is ultra-slick and on-point, but he isn’t rushing through his verses by any means. Contrary to the spitfire cadence that a lot of southern rappers have been employing in the last couple of years, I get the impression that this northerner wants to be deliberate and precise with his melodic articulations and straightforward rhymes just the same. He doesn’t need to exert any more strength than he already is in “Jungle;” truth be told, he would have run the risk of sounding overindulgent if he had.

If you ask me, the bass component here is pretty much the only thing that can stand toe to toe with the vocal in “Jungle,” and through its textured presence I think we actually learn a lot about what kind of a musician it is that Rich Lindo wants to be in 2020. He isn’t relying on any of the synthesized elements that a lot of his contemporaries would fuse together in some halfhearted hybrid backdrop in this release – he’s doing the opposite by steering clear of the predictably plastic and straddling a bassline that quakes but doesn’t rattle our nerves.

You don’t have to be a diehard hip-hop aficionado to appreciate what Rich Lindo is dropping in “Jungle,” but those who do consider themselves to be as much would be awfully foolish to skip over this track when browsing new music right now. “Jungle” is an example of controlled chaos done right, and whether it becomes the single/video combo that breaks Rich Lindo into the mainstream or not, I think it’s setting the bar for his future output at a respectably high level. He’s still got room to grow with the music he’s making, but I have a good feeling about his future for sure.