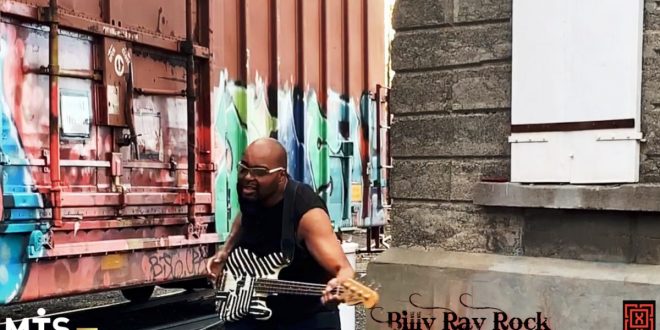 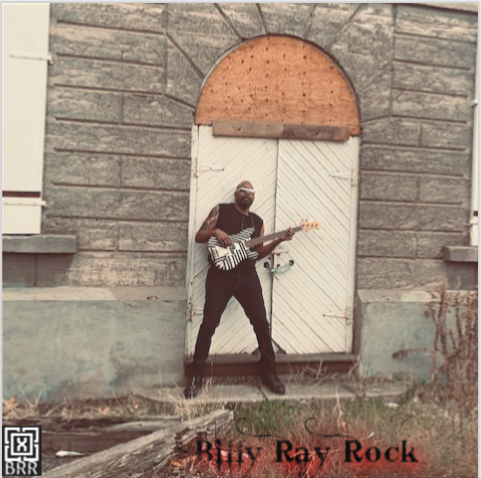 Pacific Northwestern funkmaster and rock n roll “King Of Ghetto Rock” Billy Ray Rock is on a tear lately.  His latest single, “Get The Funk” hit #2 on the iTunes R&B Songs chart in South Africa.   The singer/songwriter/producer and musician wants to let people know that he’s much more than just a funky face.  His music spans the genres, and he’s here to set the story straight.  Ladies and gentlemen…Billy Ray Rock.

Thanks for taking the time, Billy Ray! We are honored to be speaking with such an incredible songwriter and musician. What inspired you to follow your chosen career path as a musician?

Billy Ray Rock: My brother Freddy he is a Sax player

Was there any one event in your life that led you to record your latest projects, like “Dance With Me” and “Get The Funk?”

For “Get The Funk”This song was a long time coming in the making! I guess when Bruno mars let me know that there was still an audience out there that enjoys Funk music

As for Dance with Me it was a little shorter process and idea I had at that point in putting together my album just finished a string of rock tracks and felt like I needed to do something more danceable. As a fan of UB40 I really wanted to find a spot in that song to represent them. So I put it together and it all seem to work.

My Brother Freddy who I listen to practices for hours on his Sax as a child.

My dad who had an unbelievable work ethic. Also my mom who keeps my a decent person and treating people well.

Tell us about the song, “Get The Funk,” the recording process for it, etc.

This song was almost 25 years in the making! I have spent a ton of years listening to funk music and watching artists and the public ignore Funk music. I desperately always wanted to do a funky track but as the trends went from Gansta rap to EDM to trap etc. I felt as any artist would feel that if I did a funk track I would be outcasted as an artist that does “dated music” also I wanted to sing on the track and for years there were no R&B dance tracks, any danceable song was a rap song. enter Bruno Mars. After he open the door for funk music again I so wanted to take a swing at what was already in my DNA.

I am a multi-genre artist I do rock EDM and of course R & B. But I have not had a chance to do funk since forever. I have an older brother who is the reason I’m even in music I used to listen to him practice for hour in the back room of our poverty-stricken house as a kid. It was then that I learned to play bass guitar and about nine other instruments. I have always wanted to do a song with amazingly with the many songs and genres I have done through the years we never hooked up. This mostly because I never felt that I was worthy as he was and still is my hero in music. He my brother Freddy is also deep into his faith as well.

So, I knew to get him to drop a sax solo in this song it would have to be void of any sexual stuff, or swearing etc. So, I wrote “Get the Funk” recorded it I had my brother Freddy drop his solo remotely in part because of the coronavirus.

I wanted to include as many of my childhood favorite funk and R & B bands as possible. So lyrically I mention groups from Slave to Confunkshon etc. I wanted people who hear this song who know the history of funk music to appreciate hearing the names of those artists before me.

I put it together had my brother drop his solo and the rest is history. As for Dance with Me it was a little shorter process and idea I had at that point in putting together my album just finished a string of rock tracks and felt like I needed to do something more danceable. As a fan of UB40 I really wanted to find a spot in that song to represent them. So I put it together and it all seem to work.

and what do you hope your fans will get from it?

The appreciation of Old school artist that laid the ground work for todays music.

What is next for you?  Any new releases, singles or videos coming up?

I am now working on the full length video to “Get The Funk” and another video that’s an homage to the upcoming tour..

Having the #2 R & B Song on Itunes in South Africa

Do you ever get stage fright?

Any place you’d love to perform that you haven’t?

Half time at the Superbowl

Stay positive and never let anyone tell you what your dream should be!!!