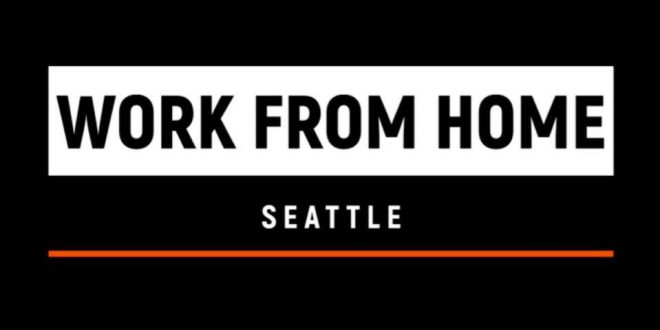 Flourishing multi-instrumentalist and singer-songwriter, RX, is producing a live stream show dedicated to raising funds for musicians who have lost wages due to COVID-19. RX plans on releasing his highly anticipated single, “Reckless (ft. Linzy Collins),” next month.

“Work From Home” was created by RX, a regular Seattle performer, when the state of Washington’s ‘stay home’ order went into effect for safety concerns from the Coronavirus. He saw first-hand the devastation the recent pandemic has had on local artists and venues, and wanted to do something to help the local community.

The show provides local artists and viewers something to look forward to every week. Artists get to perform, make some money, and get out of the house in a safe, socially distant way. RX recently renovated his garage into a recording studio to record his upcoming album, which became the perfect space to record such a show. Each episode of “Work From Home” features a performance and interview by a few skilled local artists, performances by RX, and reconstructed community and support for artists by artists.

Artists’ Venmo or PayPal accounts are displayed during the live stream so viewers can tip them directly. Those interested in joining the show can submit a form on the show’s Facebook page.

RX’s upcoming highly anticipated single, “Reckless (ft. Linzy Collins),” will be released in June 2020, followed by the release of another single and ultimately his next album.

New episodes of “Work From Home” Seattle Livestream is available on Facebook and Twitch every Friday evening. Visit his website for more information on RX and upcoming releases.

About RX:
RX is a successful artist based in Seattle, Washington. He is best known for his rare, compelling voice and his guitar playing on both acoustic and electric. RX has spent his life playing in bars and wineries; and for a short time lived in LA to collaborate, write, and meet with several agencies/labels. His influences include Eric Clapton, John Mayer, and James Bay. RX has performed at several notable venues, including singing the national anthem at two NFL games, and has toured with acts such as Train, Andy Grammer, and Michael Franti.

Stephen Vicino is the founder of MusicExistence.com. He created this site to give talented musicians a voice and a way to be discovered.
@@svicino
Previous Video Game Style R&B/RAP Video Takes Tokyo By STORM
Next Single Review: “Don’t Start Now” – Dallas String Quartet