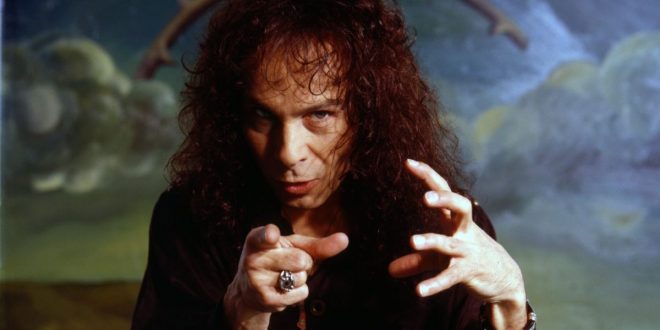 3
SHARES
FacebookTwitter
Rock music legend Ronnie James Dio lost his months-long battle with gastric cancer on May 16, 2010. The Ronnie James Dio Stand Up and Shout Cancer Fund (www.diocancerfund.org), founded in his memory shortly thereafter, is commemorating the 10th anniversary of his passing by posting a video on their website highlighting the work it has done to raise more than $2 million to fight the disease that took his life.
The Dio Cancer Fund was able to host a 10th Anniversary Awards Gala at the Avalon in Hollywood in February, a scant two weeks before large gatherings were banned due to the spread of the coronavirus. In addition to highlighting the Fund’s two main annual fund-raising events— the springtime RIDE FOR RONNIE Motorcycle Ride and Concert (cancelled this year due to the pandemic) and the BOWL FOR RONNIE Celebrity Bowling Tournament held in the fall (scheduled for November 12, 2020)—the video features snippets from the recent Gala as well other representations of the organization’s work.
View video here:
https://youtu.be/uL-lJ0TQRtQ
In addition to its two annual events plus gala dinners more intimate fund-raising efforts and, of course, direct support from the vast community of Dio fans worldwide, the Dio Cancer Fund was also the beneficiary of proceeds from the 2014 Platinum-selling tribute album called This is Your Lifecontaining songs written by Ronnie James Dio that were recorded and donated by major rock and metal recording artists. The This is Your Life album resulted in a 2015 Grammy™ win for Best Metal Performance for Tenacious D (actor/musicians Jack Black and Kyle Gass) and their rendition of Ronnie James Dio’s “The Last in Line” from the tribute album.
Dr. David Wong, Professor and Associate Dean for Research, UCLA School of Dentistry and Director for UCLA Center for Oral/Head & Neck Oncology Research (COOR), was among the honorees at this year’s 10th Anniversary Awards Gala. He and his dedicated team of researchers have been developing a simple, non-invasive saliva swab test for the early detection of specific cancers, a concept that is tailor-made for the Dio Cancer Fund’s mission. He believes this simple test, called a liquid biopsy, can and should become part of any routine physical examination conducted in a primary care physician’s office. During his acceptance speech at the Gala, Dr. Wong announced that the financial support from the Dio Cancer Fund had resulted in their research obtaining $8.2 million in additional funding from the National Institutes of Health (NIH) and that he expected a saliva test with “the ability to screen for the earliest sign of gastric cancer” will be available for medical use within the next three years.
In its early stages, the Dio Cancer Fund committed funds over a three-year period to specific gastric cancer research at M.D. Anderson Cancer Center in Houston where Ronnie James Dio was treated for the last six months of his life. Additionally, the Dio Cancer Fund donated seed money to the Vanderbilt University Hospital in Nashville, via its relationship with the T.J. Martell Foundation, to support research for a blood test to detect gastric and esophageal cancers that the hospital was able to parlay into a multi-million-dollar grant from the NIH.
Ronnie James Dio, the world-renowned voice behind such iconic heavy metal bands as Black Sabbath, Rainbow, Heaven and Hell and his own band, Dio, valiantly battled gastric cancer for some six months after a devastating terminal diagnosis. The Dio Cancer Fund, created in his memory, has made it its mission to help eradicate this disease through education and by association with ground-breaking research into early detection. As Dio Cancer Fund’s Founder/President Wendy Dio regularly says: “Early Detection Saves Lives.”
View the 10th Anniversary Highlights Video:
https://youtu.be/uL-lJ0TQRtQ
Merchandise from the 10th Anniversary Awards Gala, including programs, posters, teeshirts, totebags and masks, is available for purchase at: https://diocancerfund.3dcartstores.com/
Donations can be made at: www.diocancerfund.org/donate

NewYork Based Photographer. Music Enthusiast with a background in Graphic Design. Whether I'm shooting a live event or just out wondering the streets its about capturing the moment.
Previous Steel Panther To Hold Live Streaming Concert on June 7
Next Funeral Leech To Release Limited Death Meditation Vinyl Repress Via Carbonized Records 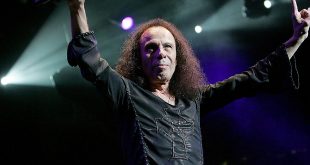