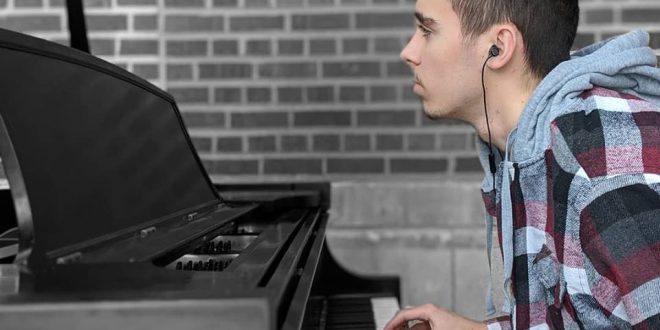 Growing up in small-town Minnesota, Solomon Carlson had ambitions of becoming a professional musician as early as third grade, developing his talents as a singer and guitarist. But while Carlson was primed to make that move as his school days progressed, an unfortunate lack of support from family, friends, and peers would cause him to leave such ambitions on hold. However, since eventually relocating to Fargo, North Dakota, Carlson continues to demonstrate musical proficiency with his pop-tinged identity, catalyzed initially by his debut single, “Always on My Mind,” accumulating over 25 thousand streams up to this point.

Carlson’s latest single is “Close,” which he released with an accompanying music video. The presentation has a nostalgic feel, as Carlson recounts memories of a genuine, secure bond with a past love – everything from playing her a song, to laughing over sentimental carnations, to simply being in each other’s arms. I found his vocal tonality to be distinctive alongside that of the arrangement, as both the verses and the chorus emit certain hit potential that complements his previous single. With his follow-up single, “Make It Out Alive,” slated for release on the 18th, this is certainly an apt thematic direction for him to continue.

I come from a family who is passionate about all things music. I learned to sing at an early age, and by 13, had my very own Fender Strat guitar. I tried my hardest at learning all that I could. Because I was born with cerebral palsy, I had to teach myself an adaptive playing style. I learned to write and record my own music, despite these difficulties. In college, I started making great use of my writing abilities by reviewing music, as well as copy editing. I guess it's best to stick with what you know, while welcoming a fair challenge at the same time.
Previous Paul Pedana Nominated for Best Album at The 18th Annual Independent Music Awards
Next THE ROAR Releases Official Music Video for Cover of BRYAN ADAMS Rock Classic “Heaven”