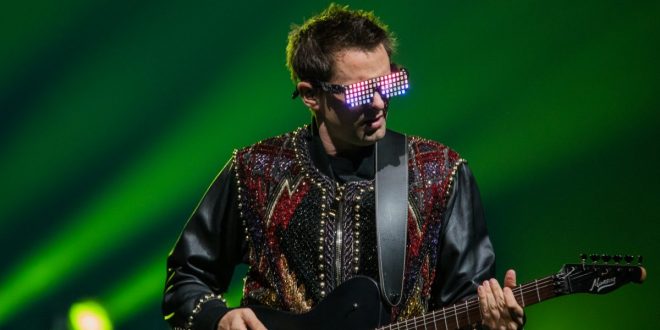 Even though we are still at the beginning stages of various self-isolation practices, boredom might be kicking in for some who have already exhausted all of their typical day-off activities. Combine that with the recent flood of concert cancellations, festivals being postponed and regional bans on social gatherings, things might be looking pretty dull for some.

Plenty of artists are currently planning out live streams for the here and now, but we want to do a little time traveling and lead you to some of the best historic concerts that are available on YouTube for you to watch at home. This is a time of uncertainty for many so remember to stay home, wash your hands and do your best to support the music industry from afar. Streaming music, buying merch and sticking with your favourite bands can help us all get through this strange and uncertain time.

Pearl Jam’s debut album Ten had only been out for just under a year when they took the stage at Pinkpop Festival in 1992. The annual festival held in Landgraaft, Netherlands also saw Soundgarden in the lineup and played host to one of Eddie Vedder’s most iconic stage dives to date. When the band returned to Pinkpop in 2018 Eddie Vedder retold the story of his famous stage dive, and even found the camera man from that night who arguably made the entire thing possible.

When the famed Lollapalooza festival headed down to South America in 2011 nobody could have guessed the success it would have. The iconic 90s institution known for highlighting alternative and underground acts has now expanded to Argentina, Sweden and Brazil and continues to be a tradition for music fans each summer. Florence Welch floored the audience back in 2016 (as she always does) and continues to be a go-to headliner for festivals around the world.

Quite possibly the only Led Zeppelin reunion we may ever see was thankfully recorded on December 10th 2007, during the Ahmet Ertegun Tribute Concert. The show was held to celebrate the legendary Atlantic Records co-founder, and featured John Bonham’s son Jason on drums. The concert reportedly received over 20 million ticket requests for the show, and currently holds the Guinness World Record for the highest demand for tickets for a single music concert.

Despite this concert taking place before their Stadium Arcadium masterpiece was released, this Chili Peppers gig in Ireland still goes down as one of their best recorded performances to date. Guitarist John Frusciante is on fire during the entire show and his powerful connection with Flea is obvious. The Slane Castle performance also gives fans the best live version of “Otherside” you’ll ever hear.

Before Slash reunited with his GN’R pals in 2016 he was going strong with his solo act featuring Alter Bridge frontman Myles Kennedy. Slash recruited a new band to tour his solo album in 2010 which then quickly turned into them recording an album together for 2012’s Apocalyptic Love. The performance above features songs from Slash featuring Myles Kennedy & The Conspirators as well as major hits from Slash’s back catalogue including, Velvet Revolver, Slash’s Snakepit and of course Guns N’ Roses.

It was fifty-one years ago that The Beatles performed for their last time together as a band. It was five stories up on the Apple Corps. building in London, England that the fab four would perform a collection of songs from their final album Let It Be. Despite the footage giving fans prime Beatles content, there is a subtle hint of unease throughout the video knowing it would be their last time performing together before their breakup later that year.

David Bowie ceased touring in 2003 so a lot of us around today never got the chance to witness him play live. In this 1987 show from the Glass Spider tour we get a look at one of the first major production stadium concerts. Elaborate production and theatrics may be common today, but in 1987 they were groundbreaking, Bowie’s Glass Spider tour is credited today with having laid the groundwork for so many big production tours in the present day.

Speaking of big production stadium shows, it often doesn’t get much bigger than MUSE. Known worldwide for their bombastic stage shows, no doubt inspired partly by David Bowie, this 2013 concert sees the trio on The 2nd Law World Tour at Olympic Stadium in Rome.

Boston Calling isn’t the first music festival to take place on the grounds of Harvard University. In 1979 Bob Marley and his famed band The Wailers brought their good vibes to Harvard Stadium for Amandla Festival. This classic footage, taken two years before Marley’s passing shows him performing most of his classics in front of a massive Boston crowd.