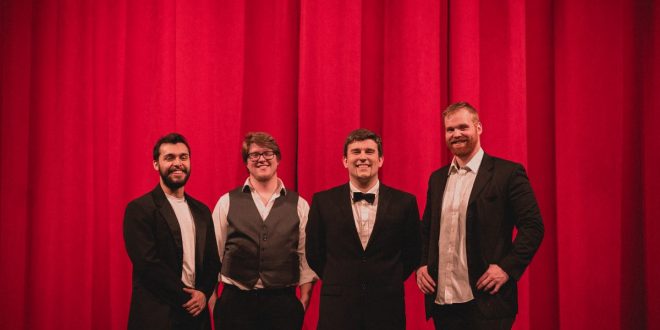 Recently returned from performing at this year’s NAMM conference, prog-pop quartet Wild Ire from Salem, OR has arrived with a new music video and single called “Poetry & Puppetry.” Like a crooning, alt-rock marionette, vocalist Jake Mayes is strung up by various binds to represent the different types of control in a relationship.

“I based a lot of the lyrics on relationships I’ve witnessed in which their partners controlled them much like puppets,” says guitarist Jesse Palmer. “In the video, we used a bed sheet to represent sexual control; an ethernet cable to represent text, phone and technological control; and then we used rope, lock and chain just to show physical and violent control.“

The delightfully theatrical video for “Poetry & Puppetry” serves to enhance the song’s dynamic cocktail of indie, jazz, rock, and funk. It’s a genre-fluid track that continues the vaudeville vibe the band first introduced on their debut single “Ragtime Gal,” which has over 300K streams on Spotify.

Where many bands are focused on traditional touring, Wild Ire have honed their efforts on participating in (and winning) multiple Battle of the Bands competitions, something that many artists will balk at, but has paid off quite well for Wild Ire. They’ve still managed to parade their dark cabaret across the US though, and have appeared at large music conferences like NAMM, where they were 1 of 100 underground acts selected to play.

Wild Ire is currently at work on a new full-length album for 2020.

Listen to the single “Poetry & Puppetry” now on Spotify.

Previous Album Review: Ricky Comeaux “If I Ruled the World”
Next Live Nation Planning to Pause Arena Tours Due to Coronavirus 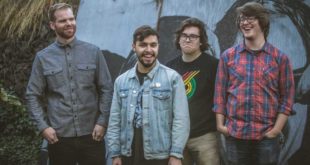