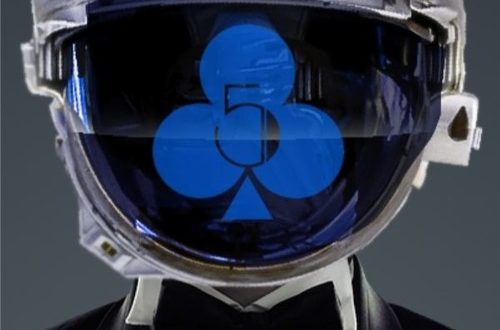 In 2020, 5ofclubs is carving his own path in the EDM scene. After initially honing his studio craft, the anonymous producer’s 100-hour-per-week ethic had him shift focus toward his music career. What was initially a bucket list skill to implement has become a driving force in his life. Speaking of the transition, he states, “I was inspired by the way electronic music made me feel and how it could take my mind off everything going on in my head.”

True to his word, 5ofclubs’ latest single, “Right Direction,” further encapsulates all that he has learned. Interestingly, the song’s main sequence could resemble a rock-driven rhythm as it does electronic, and has a beneficial presence in the context of the space around the track. Guest vocalist Josh Dreon excels in this way, his tonality exhibiting its own presence while also managing to blend with the synths. As the verses progress, Dreon’s tonality transition’s naturally into vocoder form, giving listeners a prompt cue of a sizable chorus phase to abound. However, even with its size, there’s a subtlety about it that doesn’t take the popular ‘in-your-face’ approach, which I can appreciate. When all is said and done, 5ofclubs is, indeed, headed in the right direction.

I come from a family who is passionate about all things music. I learned to sing at an early age, and by 13, had my very own Fender Strat guitar. I tried my hardest at learning all that I could. Because I was born with cerebral palsy, I had to teach myself an adaptive playing style. I learned to write and record my own music, despite these difficulties. In college, I started making great use of my writing abilities by reviewing music, as well as copy editing. I guess it's best to stick with what you know, while welcoming a fair challenge at the same time.
Previous Nightwish Release Lyric Video For New Single “Harvest”
Next Interview With Little King