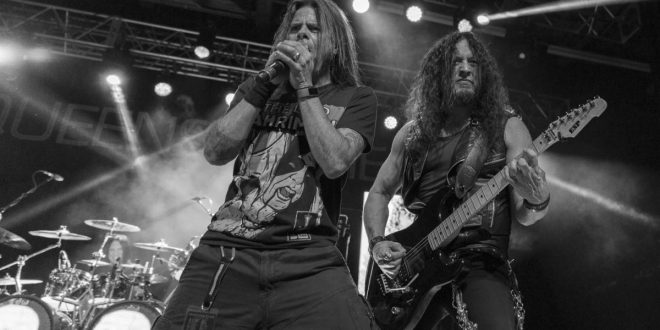 Queensrÿche are touring right now in support of their new album ‘The Verdict’ which was released last year. They stopped by the House of Blues in Anaheim, CA on January 30, 2020 on their ‘The Verdict Tour’ and played to a packed house. 17 songs from their catalog, including some new material, was what the crowd wanted and sang along at the top of their voices.

John 5 and Eve To Adam opened the night and energized the crowd for the headliner. A great tour to see if you get the chance! Remaining tour dates: