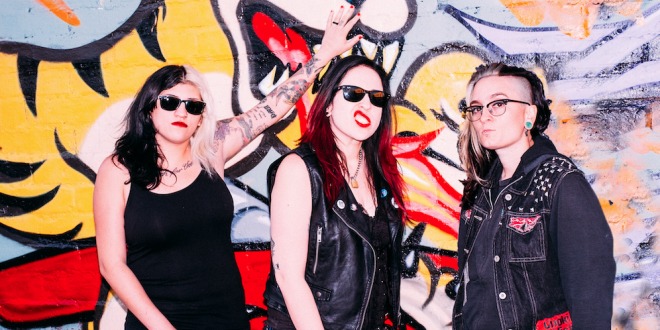 Tempe, AZ all-female punk rock trio The Venomous Pinks has released a new single and music video, a cover of Joan Jett & The Blackhearts’ “I Want You,” which will appear on the band’s upcoming album of the same name.

Check out the video (starring dominatrixes Soma Snakeoil and Lady Scorpius) below: 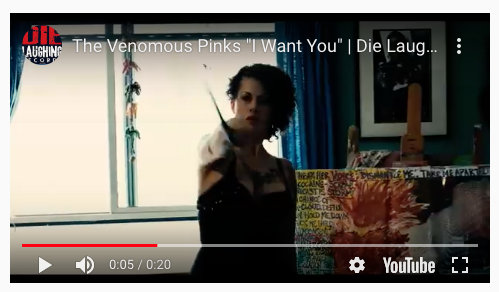 Guitarist and vocalist Drea Doll says, “I Want You is an in-your-face, unapologetic, punk rendition of Joan Jett & the Blackhearts’ timeless classic. We set out to infuse our unique style and uncontrived attitude to change up the cover while lovingly nodding to its original roots.” 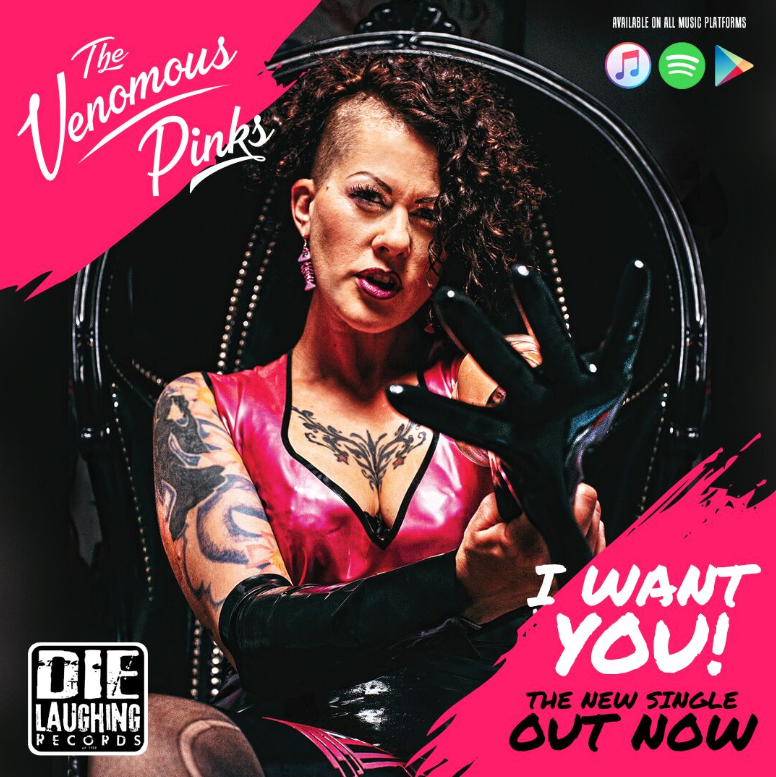 If members of Bikini Kill and TSOL musically collided in a Russ Myer movie, the soundtrack scoring the scene would be orchestrated by The Venomous Pinks. Hailing from Mesa, Arizona the three-piece trio creates an unapologetically, uniquely addictive, in-your-face punk sound, that instantly makes the soul hurt so good, you can’t help but yearn for more.

Newly signed to Die Laughing Records, music is the religion they worship, and their church is the road. Having formed in 2012, they have blasted their way from the garage and into the spotlight, shredding the stage with some of punk rock’s finest bands, such as: Bad Religion, Iggy Pop, Anti-Flag, The Bouncing Souls, just to name a few. Even though they have been touring all over the country, they have street cred to back them since their loyalty to their local roots runs deep.

NewYork Based Photographer. Music Enthusiast with a background in Graphic Design. Whether I'm shooting a live event or just out wondering the streets its about capturing the moment.
Previous Creeping Death Confirm North American Tour With The Acacia Strain + Week-Long Headlining Run To Commence This Week
Next Grey Daze (Chester Bennington) Release “What’s In The Eye” Single