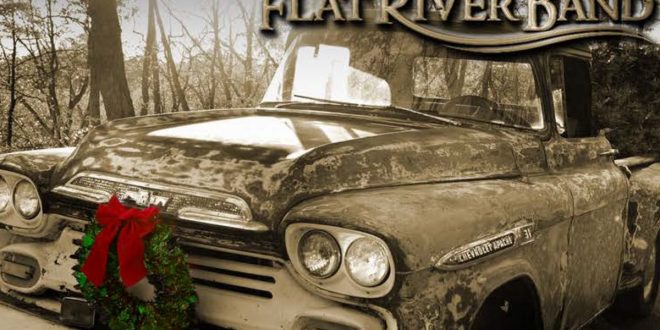 Flat River Band are releasing “Go Tell It On The Mountain” to radio. Songs from “Christmas Time” appeared in a 2018 movie with Duane Allen (Oak Ridge Boys).

“Christmas Time’ is destined to be an American Christmas classic…this is everything Christmas should be all about: down-home simplicity, family, faith, and making memories that last a lifetime.”— Michael Stover, President, MTS Management Group

It’s that time of year! Christmas and holiday music will be filling the speakers of your local retail stores, coffee shops, diners and of course, your favorite radio stations. The hustle and bustle of the holidays wouldn’t be the same without the familiar sounds of Bing, Nat, Perry Como and an endless parade of contemporaries crooning singalong songs of the season. Now, Nashville’s Flat River Band has added their collection of classics to the mix with “Christmas Time.”

The trio of brothers Chad, Andy and Dennijo Sitze have put their own bluegrass/americana spin on some of the most-loved traditional favorites. The album features 10 tracks, including “O Holy Night,” “Away In a Manger,” “Jingle Bells,” and the single being released to country radio, “Go Tell It On the Mountain.” Songs from “Christmas Time” were featured in the 2018 movie, “The Least Of These – A Christmas Story” starring Duane Allen (Oak Ridge Boys), Deborah Allen and Tayla Lynn (Loretta Lynn’s granddaughter.)

“Christmas Time’ is destined to be an American Christmas classic,” said Michael Stover of MTS Management Group. “The album transports you to the Smoky Mountains, with snow all around and a blazing fire roaring in the hearth. The almost-Celtic flavor of the fiddle is so rustic and rootsy…the mandolin so pure and tasteful…this is everything Christmas should be all about: down-home simplicity, family, faith, and making memories that last a lifetime.”

“Christmas Time” is available on Spotify at https://open.spotify.com/album/3IRVC287mxh4maBNTHEH0L

Flat River Band’s latest album, “Every Dog Has Its Day” is also available on Spotify at https://open.spotify.com/album/4Pk8KtWCjsEKPvLKQez4rQ

ABOUT FLAT RIVER BAND: One thing is apparent when you listen to The Flat River Band. The trio, comprised of siblings Andy, Dennijo, and Chad Sitze, love to have fun when they are playing music – and it shows. This bond has carried the success of the band throughout the years as the trio has opened for the Dixie Chicks’ Natalie Maines, Alison Krauss, Ricky Skaggs, Rhonda Vincent, TG Sheppard, among others.

That unabandoned joy and love of music comes to the forefront when you listen to the band’s new album, “Every Dog Has Its Day.” The trio’s fifth effort is one that the band is very excited to bring to the attention of its fans.

Aaron McDaris who plays with Rhonda Vincent and the Rage was brought into play banjo. Johnny Hiland who is legally blind was brought in to play the electric guitar, while Stuart Duncan played fiddle. Flat River Band spent a dozen years performing at Branson’s Silver Dollar City and five at Dollywood in Pigeon Forge.

Flat River Band “Go Tell It On the Mountain”

Sometimes rigidity can have an important part to play in a single, and this is …