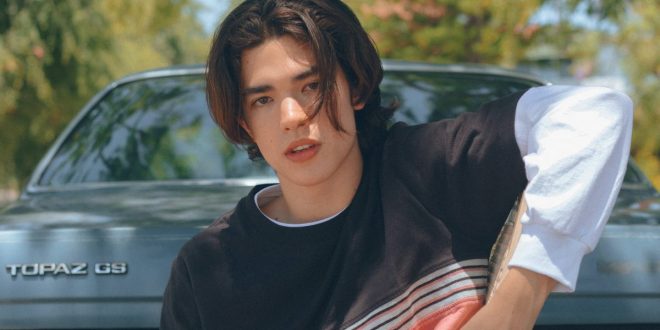 On the song Conan said:“I wrote maniac in the shower after getting a midnight drunk sob text from my ex. They’d been running all around town telling everyone that I was some freak who wouldn’t leave them alone when in reality, they were the freak. They were the one acting like a maniac— sending strange late-night texts and showing up at my shows unannounced. T thought it was hilarious and all my friends had dealt with the same thing, so I decided to write a cathartic post break-up song dedicated to psychotic exes. that’s how maniac was born.”

Nodding to horror classics like Zombieland and Dawn of the Dead, the action goes down on “Devil’s Night” just a day before Halloween. The teasers for the video have shown Conan and his friend Jess (played by Netflix’s The End of the F***ing World star Jessica Barden) working at a movie theater. Watch the full video to see what happens……

Conan also said of the video: “I think everyone has dealt with a psycho ex at one point in their life. with the “Maniac” video, I wanted everyone’s worst nightmare to come true— all of your exes coming back from the dead to haunt you all in one night. “Night of the Living Exes,” if you will. The second I came up with the video, I knew immediately that I wanted Jess Barden from “The End Of The F***ing World” to play the best friend. Jess is incredibly talented, and her character reminds me a ton of my own best friend who I’d seen date a slew of different types of people. The jock, the artsy one, the nice one, etc. I thought it’d be fun to showcase all of the stereotypes in a cheesy 80’s horror movie esque video.”

Later this month, Conan returns to the road for “The Comfort Crowd” Tour. The six-week run kicks off October 29 at The Pageant in St. Louis, MO. It stops in major markets across the country, including Boston’s House of Blues on November 13th, before concluding with a three-night stand at The Fonda Theatre in Los Angeles, CA December 11-13. For all dates and to purchase tickets click HERE.