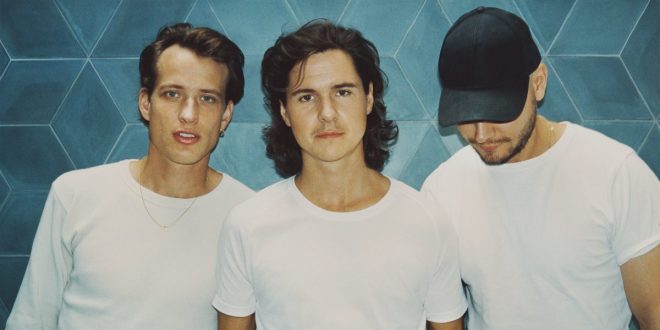 Grammy nominated multiplatinum artist Lukas Graham share their latest single, “Lie” today on Warner Records, alongside the official video. On the new track, lead singer Lukas Forchhammer continues to write from a personal and autobiographical place, taking listeners back to the beginning of a young, tumultuous teenage relationship that has proven to stand the test of time, and is partially inspired by his now-fiancé. In fact, the official artwork for “Lie” is a photo taken on the same night that the couple met.

Lukas Graham will embark on their 2019 North American tour next month, beginning on October 22 in Seattle. Tickets are now available for purchase at lukasgraham.com. See the full itinerary below.

Lukas Graham released their sophomore album, 3 (The Purple Album) last year, alongside its platinum-certified single “Love Someone” which has been streamed over 500M times, with performances on Good Morning America, American Idol, and Jimmy Kimmel Live.

Lukas Graham made their global debut with their 2016 self-titled debut album, racking up over 25 million units in worldwide consumption and spawning the 7X platinum mammoth hit “7 Years,” which has been streamed over 1 billion times on Spotify worldwide, a feat that only 25 other artists have accomplished. The breakout smash was the highest-selling single by a debut artist in 2016, and catapulted the Danish artist to sold-out tours around the world.