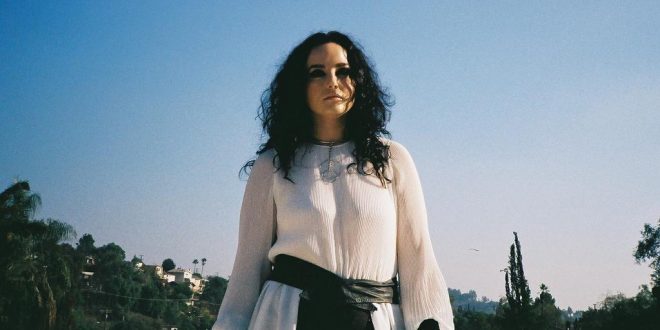 Discussing the inspiration behind the track, Charlee said:​ “I think it’s very easy to look outside yourself for a hero, and I think in my relationship, that’s what I did. I made this person my hero, my everything, my entire universe. So when it came to the final explosion, when we were falling apart, as we had before, but in a way that absolutely could not be repaired, I felt really lost, like I was free-falling and nobody would be there to catch me. It was terrifying, dark, hopeless. And that’s when I realized I had to catch myself. I had to be my own hero. I realized all my gifts, my voice, my song, my truth and my ability to see the truth of others, to see the evil before it becomes obvious, to see PERIOD. They weren’t the burden he’d made them out to be. They came together to create one insane superpower. He took it from me because it made me great and stand out. It exposed the support system he’d made out of broken people. And there’s nothing more threatening than a person who’s powerful in a way you can’t be. He needed someone to make him feel like a hero and despite my best efforts to minimize my impact and become that person, in the end, I absolutely couldn’t be.”

Charlee Remitz is an award-winning independent singer-songwriter, mixer, and producer who has been​ has been circulating the indie airwaves since her breakout debut LP, Bright White Trims. She takes modern pop and drenches it, believing everything fundamental to happiness lies below the surface. Compounding her efforts in 2016 she followed it up with EP Saints Until Fridays, an almost Bright Write Trims 2. But it wasn’t until 2017 where she hit her stride after linking up with new-coming producer Zach Milo. ​

Her sophomore LP, Sad Girl Music, dropped November of 2018, and was a massive exploration of first love and, the more important, first heartbreak. Remitz has begun producing and mixing her own work. Her work has amassed over a million streams on Spotify, a New Music Friday playlist add, with three top 200 debuts on college radio, and multiple song placements in popular Bravo and E! TV network shows.