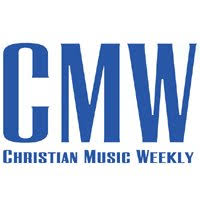 “October 2, 1982, a Sunday night on a 10,000 watt AM station in suburban Toronto, Ontario, I started my first broadcast of ‘Joyful Sounds,” recalls founder and host, Rob Green. “Until the 1990s, the Canadian government had refused all licenses for Christian stations, so shows like mine were carried as a community service by stations, typically on Sunday mornings or evenings, but they weren’t very common.”

A ground-breaking trailblazer for the past 37 years, Green has been spinning Adult Contemporary (AC), Contemporary Hits Radio (CHR) and Christian Country formats in Canada and the United States, with worldwide syndicating affiliates coming on board. Today the format of “Joyful Sounds” is a solid gold 70s/80s/90s mix, even going back to some tracks from the 60s, that predate Contemporary Christian Music formats.

To celebrate this milestone of his ground-breaking show, Green is inviting stations around the globe to join the ever-growing family of syndicating affiliates for “Joyful Sounds” and its sister broadcast, “Gospel Country,” which Green describes as “Pure country…and not traditional country, but the contemporary country that drives the purists nuts. Christian Country music is a natural form for a biblical ballad, parable, testimonial, or simply a story about a day in a life that carries a Christian message.”

Green says, “In July 1989, my family and I moved to the USA, and we started picking up affiliates internationally. Mazury, Poland was one of the early ones. US affiliates came on line too. So, we just celebrated 30 years of syndication in October 2018.”

ABOUT ROB GREEN: Rob Green has been providing AC/CHR Christian and Country Christian music for stations worldwide since 1982. He has worked for CKAN, CJMR and CHOO radio in Canada, before moving to the United States in 1989. Mr. Green is also the founder and owner of Christian Music Weekly magazine. The magazine publishes artist news and multiple genre charts on a weekly basis. For more information, please visit http://www.christianmusicweekly.com.