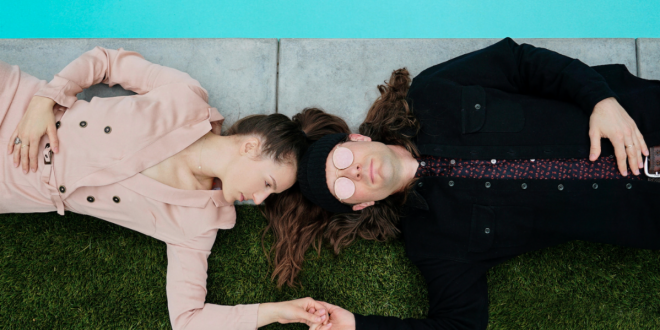 Today, The Bergamot have released their Matt Wiggins produced record Mayflies. The stream of singles released this year has set the world stage for The Bergamot. The new album, Mayflies, is set to be the biggest release in the group’s history. The band has announced a full U.S. tour this fall, more music videos upcoming, all the while the band’s fanbase grows by the day It’s been an overnight success that has been ten years in the making.

In recent months, The Bergamot revealed the fascinating “Bones” video filmed by evolve Films. The entire music video was filmed underwater and marked a poignant message about depressions and suicide. The glitches of the video reflect a fragmented perspective and touch the viewer in an empathetic and revealing way.

Their journey began on October 20th, 2017. The Bergamot released their dreamy anthem P.D.R. The single launched the band’s career which was then discovered by Matt Wiggins and achieved great reviews being called “The hottest emerging music talent” (People) and “a gorgeous sound” (Daily Mirror).

Fans have discovered the band through an unbelievable series of music videos released to promote the new album “MAYFLIES.” The videos have been heralded by music critics as “Lush” (PARADE) and “The Perfect Blend” (EARMILK). These groundbreaking videos have brought light to difficult topics and continued to build upon the band’s momentum from “P.D.R..” The videos have garnered over 150k views on YouTube.