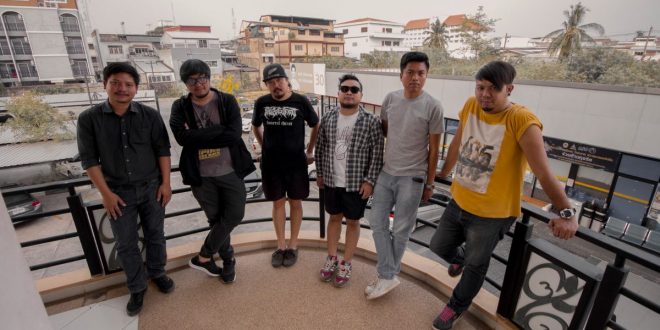 Thailand’s Adenalyne (stylized as ADNL) have come a long way since their early days in nu metal’s peak era. Establishing in 2001 with the aim of writing original music, the band would proceed to earn acclaim within Khon Kaen’s bustling independent music scene. Following the release of their debut full-length, 2005’s Wake Up Again, their style has long expanded to include influences of indie rock, art rock, experimental music, and post-hardcore. All of which would especially materialize since their fourth and latest album, 2017’s Psychopaths.

Currently, their latest single, “Black Suit Reunion,” has been gaining traction through regional publications such as UniteAsia, Headbangkok, and All About Music Thailand, since its release last week. The song plays like a return to the band’s nu metal roots, albeit fleshed out by the addition of producer Wannarit Pongprayoon. I found frontman Watcharapong Jantharath’s vocal style to work very well alongside both the intensity and melodic nature of the guitars. Its hypnotic, chorus-tinged layering brings an air of nostalgia, but also a fresh sense of unity that the band champions altogether. I look forward to seeing how the band’s newly-invigorated effort translates in a future full-length setting.

I come from a family who is passionate about all things music. I learned to sing at an early age, and by 13, had my very own Fender Strat guitar. I tried my hardest at learning all that I could. Because I was born with cerebral palsy, I had to teach myself an adaptive playing style. I learned to write and record my own music, despite these difficulties. In college, I started making great use of my writing abilities by reviewing music, as well as copy editing. I guess it's best to stick with what you know, while welcoming a fair challenge at the same time.
Previous Album Review: Tool – “Fear Inoculum”
Next Gallery: Matt Maeson at Delmar Hall in St. Louis, MO on 8.26.19