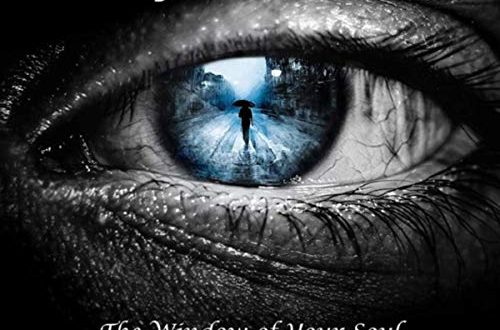 Album Review: Story Book Road – “The Window of Your Soul”

Scorching overdrive and old fashioned honky tonk swing are ready and waiting to greet anyone who presses play on Story Book Road’s The Window of Your Soul – a record which won the acclaimed Houston country crossover crew the praise of critics and fans around the nation last year – and its opening track, the party-starting “Get Out Tonight.” A furious rage of riffing comprises the bread and butter of this first song, as SBR lay into some of the hottest guitar parts of the entire EP whilst sounding downright swaggering in their play. There’s a lot more energy like this just around the corner in “Cabin in the Woods,” but this introductory piece leaves an unforgettable impression that’s hard for the other songs to top.

“Cabin in the Woods” keeps the rich vitality of “Get Out Tonight” going strong, but incorporates a decidedly more balladic overtone to its decadently entrancing rhythm. It’s a fun bridge into the magnificent “Sister Sally,” which I think summarizes the style of this band better than any of the other songs here do. This track sees Story Book Road flirting with a lot of rock n’ roll influences, but the country twang remains the linchpin of the composition, even beneath all of the excitement generated by the main riff.

“It Don’t Mean Nothin” is another stomper of a song, and while it’s not quite as groove-centric as “Sister Sally” is, it’s still one of the only country deep cuts I’ve listened to this season that didn’t blend in with the tracks around it. Every song that SBR included on this EP shares a different layer of their artistic identity with us, and though they’ve got a seamlessness to them in this setting, there’s never an occasion on which we feel like we’re listening to the same composition played in different keys.

The title track relies on a strong pop hook in getting us shaking to its colorful beats, but even if it is one of the more straightforward numbers on this disc, it doesn’t feel like throwaway filler at all. Actually, It’s the perfect buffer between the mean crunch of “It Don’t Mean Nothin” and the sexy string ballad “Carmen Miranda,” which brings The Window of Your Soul to a close in a gorgeous flurry of harmonies that were as inspired by sounds found south of the border as they were traditional Texas country.

As the strings and horns of “Carmen Miranda” slip into the ethers, one can’t help but wonder what Story Book Road are going to do with their amazingly cinematic, ultra-engaging sound next. There’s a lot of directions that they could take their intriguing blend of country, rock and folk music, but if I were them, I would follow-up this effort with an LP that expands the blueprint set forth by The Window of Your Soul. They’ve struck a devilishly interesting, multidimensional balance between two of the most recognizable genres in American culture, and from here on out, I think that it would be appropriate to consider them one of the underground’s most inspired acts to follow.