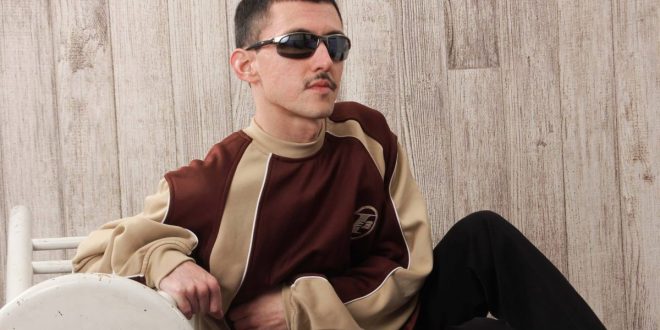 Forcefully, a striking electric guitar breaks off a sensuous lick at the start of “Let’s Begin Again,” track one of The Best of Matthew John, and in the next four minutes, its might will only grow more intense and visceral. John navigates the harmonious channels that the guitar and bass leave in their wake, conservatively dispatching one flowing verse after another until we’re lost in a sonic sea of emotion. The instrumentation is riddled with the essence of mischief, but there’s something humanizing about its fusion with the vocal here, as if to suggest that in order to yield the greatest reward in life, we have to try something different, break the rules, and run the risk of losing everything just for the sake of feeling something.

“Reach for the Stars” is a little less cerebral, but don’t let its simplistic beats deceive you; John frames this song with a deliberately relaxed cosmetic finish in order to create irony, not complacency. All the trappings of a standard pop single are here, but they’re not the main draw – what this song really centers on is its vocal harmonies, which are definitely the strongest of any on this record. John doesn’t get as aggressive with the verses as he does in “Let’s Begin Again,” but frankly, he doesn’t have to – there’s enough of a push on the back end that any more muscularity (particularly out of the singer) would have made this track overwhelming and not even slightly as accessible as it is in this state.

“Shine for Me” is an extension of the melodic swagger in “Reach for the Stars,” but here, John slows down the tempo significantly to make every detailed component within the instrumentation as much of a star as his crooning is. The pendulousness of the percussion makes the buildup to the chorus frustratingly tense, but I think that was the point; John wants us to be on edge at this juncture of the song, unsure of where this atmospheric harmony and churning bassline could be taking us. It makes the moment in the chorus when we reappear in the light of day all the sweeter, and truth be told, it’s probably what made this track my very favorite of the four included on The Best of Matthew John.

Matthew John rounds out his first compilation record with the soulful “You Are There,” and while this is one of the shorter songs on the EP, its charmingly exotic guitars make it feel so much more sprawling and full-bodied than any other three and a half-minute pop single I’ve heard this summer has. I haven’t reviewed his complete discography, but if this is the very best of John’s work, then to say that he’s got a rare brand of talent would be making the biggest understatement of the year. The Best of Matthew John is a fun, easy-going four-track pop masterclass, and if you’ve got as much appreciation for the genre as I do, it’s an extended play that I would tell you to add to your collection the next time you’re in a record store.

Previous VERSUS ME Release Official Music Video for “Far Behind”
Next Album Review: Story Book Road – “The Window of Your Soul”