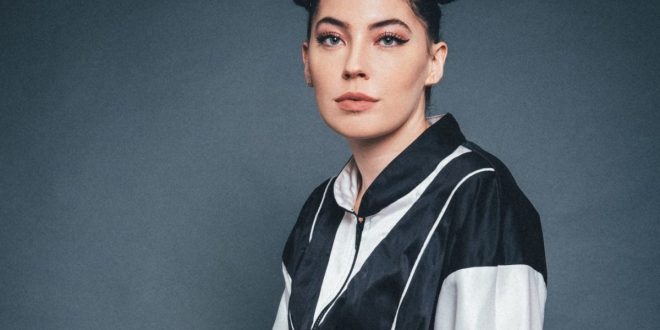 Bishop Briggs, whose first album Church of Scars debuted in the Top 10 on the Billboard Album Charts worldwide, releases her new single “Champion” today via Island Records along with a brand-new video directed by Tim Mattia.  Produced by Joel Little and co-written with K.FLAY, this powerful anthem marks major strides for Bishop. The first of new music to come this year, the track hits with stark acoustic guitar, shuddering keys and a stadium-size beat while the lyrics provide a powerful affirmation, “I’m a champion.”

“Champion is a song that I wrote when my self-esteem was at an all-time low. As a woman, I feel like I have been socially trained to be so many things at once – sexy yet sweet, confident yet humble, independent yet submissive, smart but not too smart – the list is never ending. Writing this song helped me look at the question – what if I could just be myself? What if there was a world where my vulnerability was what made me powerful? What if there was a day I could proudly, without hesitation, look in the mirror and say, “I am a champion!” purely because I’m choosing to be myself? Champion is about accepting yourself today, as you are.” Says Briggs of the song.

“Champion,” which will see its TV debut on The Late Late Show With James Corden on July 29th ahead of performing at Lollapalooza this summer, follows up Church of Scars, Briggs’s widely acclaimed album that exploded early last year. Inspired by rising above after heartbreak, Bishop’s strength proves undeniable on “Champion:” You gotta get bruised before you get mad / You gotta fall down before you fight back / Was feeling so weak but baby I’m strong / Little did I know I’m a champion.” “Champion” joins Briggs’s earlier critically acclaimed singles, including “Wild Horses,” “White Flag,” and RIAA Platinum certified “River.”