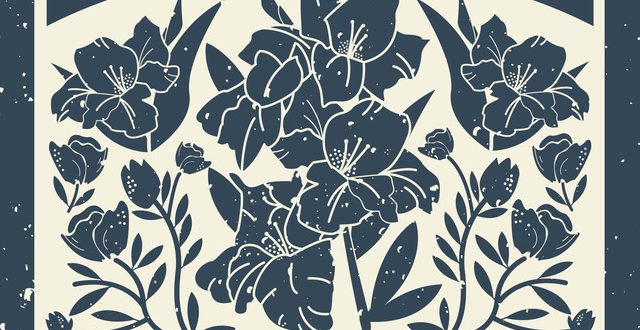 In Mariela’s Darkness in the Garden, the much-hyped Nashville synth pop/indie rock group take elements from across the western pop spectrum and combine them to make truly imaginative, wholeheartedly diverse tracks which don’t play by the same rules that most EPs of its kind are forced to adhere to. Right from the jump in the bouncy “Shatter the Glass,” giant grooves are made the central focus, with everything else following the order set forth by a raucous, well-organized rhythm. We slip and slide through the glowing guitar play of “Going Away,” get lost in the hypnotic swagger of “Even If We Don’t Know,” and re-emerge from a cloud of catharsis and melancholy entwined in “Misshapen Shadows.” The stadium-shaking hooks keep on coming in “Borrowed Light,” and by the time that “The Funeral” poetically puts Darkness in the Garden to rest with its intoxicating vibrancy and eruptive harmonies, it’s as if Mariela has just summed up their entire artistic identity inside of a twenty minute anthology of aesthetic treasures

The tracks “Going Away,” “Even If We Don’t Know” and “The Funeral,” all of which have been released as singles, feature black and white constructions, slightly familiar beats and skyscraper-sized vocal harmonies, but I would stop short of describing them as conventional in stylization. Mariela aren’t trying to recreate the standard pop model in these songs; as I see it, they’re fashioning tried and true variations of a classic sound with post-punk-inspired dreaminess, lavish instrumental interludes and pumping percussion that makes us want to dance just as often as it makes us think about the meaning behind the lyrics. Their ambitions aren’t that different from those of the British alternative rockers who arose in the early 90’s alongside the Seattle scene, though few – if any – were able to achieve the same success as their American rivals did. What sets Mariela apart from those groups isn’t just their attitude towards composing, but their method of making a melody the center of our attention, even when the rhythm surrounding it is visceral, harsh or abstract to us. They’re expanding on a style that never really came into its own some quarter century ago, and at the same time inventing something totally new that is truly and completely their own.

If Darkness in the Garden is on par with what we can expect to hear and see out of Mariela in the near future, then I’m certain that they aren’t going to remain under the radar of mainstream audiences for much longer. 2019 has been a very interesting year for pop music of all varieties, and while I wouldn’t call this record the most impactful that I’ve listened to all year, it’s definitely got some special qualities to it that make its six songs very agreeable with pop fiends of most any taste or background. Hopefully it won’t be too much longer before we see a complete album out of this group, but even if they take their time before returning to the recording process, I’ll be thrilled at the opportunity to review their forthcoming work all the same.