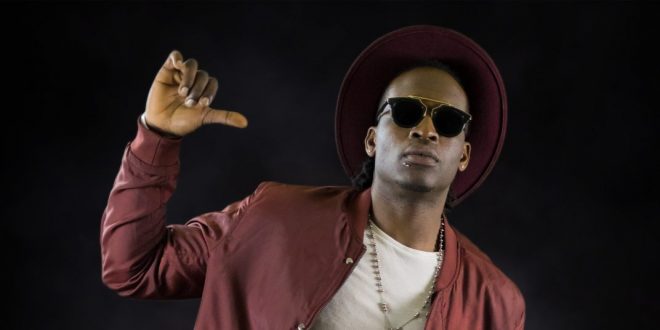 Goliath PAW delivers an edgy and cool appeal that’s missing from many recording artists today. Goliath has used his large and growing social media following to build up a cult following in his hometown of Ottawa, ON Canada and in 2015 after moving to Canada’s largest city known today as the “6ix” thanks to “6ix God” Drake and other Toronto artists and personalities, he has successfully done it again. Goliath PAW combines his love of rock and genre bending pop while adding his own style to create the unique sound that he has developed an ever growing reputation for. To further set himself apart from his contemporaries Goliath PAW fuses new age Hip-Hop fashion with a Punk/Rockstar look to create visual imagery that is truly his own. Extremely confident and energetic on stage Goliath PAW channels 70’s rock icons Axl Rose and David Lee Roth to put on a show that is guaranteed to be unforgettable while still relevant to an urban crowd. Fans have been known to drive hours to attend his shows and events, his drummer, guitarist, bassist, and DJ bring a 360 degree experience missing from many urban shows.

Already establishing a large and responsive online presence, Goliath PAW has been featured on over 100 music blogs across Canada, United States & Europe. With his social media presence growing rapidly (over 40k Instagram followers), Goliath PAW has a loyal following of fans he calls his “Pawtnas.” Already in his short time as a professional artist, Goliath PAW has played in a number of festivals including NXNE as a featured performer. He has headlined for college campus frosh weeks and performed alongside artists such as Ghostface Killah, Fito Blanko, Karl Wolf, Action Bronson, Swollen Members, Saukrates and many more.

Stephen Vicino is the founder of MusicExistence.com. He created this site to give talented musicians a voice and a way to be discovered.
@@svicino
Previous Gallery: Unknown Mortal Orchestra at Rex Theatre in Pittsburgh, PA 06.19.19
Next Haløver drops sun-drenched new music video for “They Ain’t Got It Right”