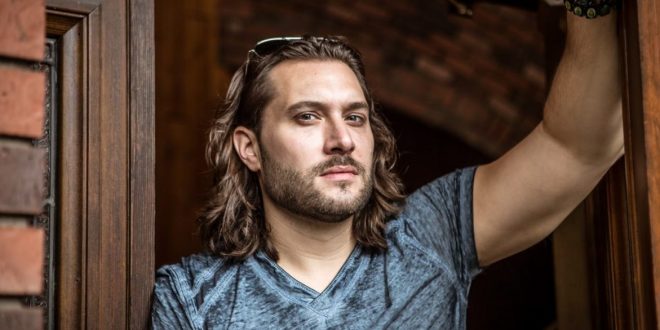 Matt Westin is leading the charge of new country artists who not only embrace the traditions of yesteryear, but push it forward, infusing rock elements, and topping them off with soulful, emotive vocals. Matt was first introduced to the country music world in 2018, with the release of his debut album, “Legacy.” Recorded at Tonic Studios, in his hometown of Pittsburgh, PA, the album stormed country airplay charts around the globe. Westin landed on the Roots Music Report, IndieWorld Country Report, New Music Weekly, AirplayToday, Euro Top 200 Indie chart, and others, while walking away with an International Music and Entertainment Association Award for Best Country Male. He topped off the year with an appearance in Billboard Magazine, as an Emerging Artist.

Following the passing of his father, Matt Westin left a successful engineering career to follow his dreams of a life in country music. Matt has appeared in Billboard Magazine, New Music Weekly, and many other publications, as well as having performed on ABC and FOX TV. He is an IMEA Award Winner and a multiple award nominee. He is portraying Johnny Cash in the upcoming motion picture, 116 MacDougal.

Music Existence: Thanks for taking the time, Matt.  We are honored to be speaking with such an incredible singer and actor. So, why haven’t we heard of Matt Westin, until last year?

Matt Westin: Thank you so much, and thanks for having me. I have been in the proverbial shadows of the independent film industry for a while, but I put acting on the back burner a few years ago when I moved home to Pittsburgh from Los Angeles after the passing of my father. It wasn’t until I released my debut album “Legacy” and received international attention that you probably had the opportunity to hear of me. I just recently made a return to acting with the upcoming film “116 MacDougal”, in which I portray a young Johnny Cash. So my music career actually lead me back into acting, and that is very exciting for me.

ME: Was there any one event in your life that led you to record and release, “Legacy?”

MW: Absolutely. I’m very open about this, because it makes everything about it truly meaningful to me. When my father passed away from complications due to leukemia in 2016, I was completely destroyed. Depressed, angry, lost, and self-destructing. I was living in LA when he got sick, and when he passed, I moved back home and basically came to a screeching halt and shut down everything in my life because the pain was so unbearable. In what I can only describe as a spiritual experience, I just knew one day that I had to pursue music, as my father had always enjoyed and encouraged my singing and songwriting. I decided to dedicate an album to him, and with the help of God, family, and friends, I was able to create something that honored his legacy, while starting my life on a new path and beginning a legacy for me as well. Hence, the title “Legacy”. This album means everything to me and was a huge part of my healing and rebuilding after being so utterly lost.
ME: Who has been your single biggest influence, musically?
MW: That’s impossible to answer. I have listened to and enjoyed just about every genre of music you can think of throughout my entire life. But I do have a few influences that stand out to me. Frank Sinatra, Johnny Cash, Toby Keith, and Garth Brooks to name a few.
ME: How about personally?  Who influences you in your daily life?
MW: My parents were/are huge influences in my life and I owe them everything. I was truly blessed with loving, supportive, hard working parents that instilled in me the values that I hold dear and that guide me in my life, my faith, and my careers.

ME: “Stomp On” is your brand new single.  Tell us about the song, the recording process for it, and how has it been received, so far?

MW: “Stomp On” has quickly become the hottest song I’ve released thus far. We wanted to step up the bar a little bit, and I think we did just that. We’ve been calling this song a “banger” from the time we started recording it. It really has a great energy, a fun energy, and it hits people right in the face. The opening makes me picture a badass western with Clint Eastwood walking up Main Street with his pistol, a cigar in his mouth, and boot spurs jingling. You can’t help but tap your foot, sing along, or feel like you’re chanting for your favorite team in a stadium. I love it, and I’ve gotten so much positive feedback from fans of many different genres. It crosses over and really widened my audience, while remaining true to and expanding on my style of music. See, I told you I have influences from all kinds of music!
ME: Studio recording or live performance?  Which do you prefer?
MW: Nothing compares to the rush and thrill of performing live. It leaves me with a legitimate buzz. And the energy of a crowd and the instant gratification of seeing their response is just incredible. Studio recording is fun and rewarding, but it’s a totally different animal altogether.
ME: What do you enjoy doing, outside of the spotlight?  Any hobbies?
MW: I love being outdoors, exercising and lifting weights, golfing, bowling, hanging with friends at the brewery or having a cookout by the pool with family. I like to learn constantly too, whether it’s about science, fitness and nutrition, Bible prophecy, or whatever. I like to keep my mind and imagination stimulated. And I freakin’ love animals.
ME: Any plans for another single release after “Stomp On?”
MW: Yes! I plan to release 3 more singles in 2019. We’re working on them now, and the next one should be released in the next couple months! So, keep on the lookout. I believe the next one I’m releasing this Spring/Summer will be called “Hey Bro.”
ME: What has been the biggest musical accomplishment of 2018-2019 so far?
MW: That’s an easy one! I released a debut album worldwide, was nominated/won awards, and charted all over the planet. With everything I’ve accomplished in life, including college and engineering, releasing “Legacy” is my greatest and most personally fulfilling accomplishment that I’ve ever had.
ME: Do you ever get stage fright?  Any place you’d love to play that you haven’t?
MW: I have a little bit of stage fright, because I think too much. But, when I get on stage, it goes away because the adrenaline takes over and I’m just singing and not thinking about it. One day, I’d love to play at my favorite local concert venue in Pittsburgh. It’s not the biggest one in Pittsburgh, but I love it there. A lot of Pittsburghers still call it Star Lake Amphitheater, but it’s currently called KeyBank Pavilion. Blah, I’ll call it Star Lake.
ME: How about some parting words for your fans?
MW: Thank you all from the bottom of my heart. I put everything I have into my music, and your support and your enjoyment of the music means the world to me. I am honored, and I can’t wait to give you more!
ME: Thanks again, Matt! Here’s to a successful rest of the year for you!
For more information, please visit www.mattwestin.com.