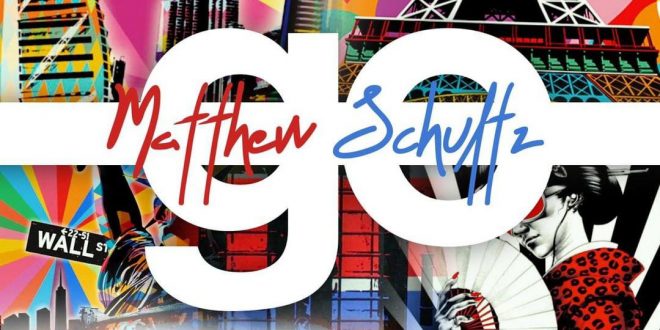 Following on from the hype & success of his recent collaborative cuts, Matthew Schultz touches back down with a stellar solo release ‘Go’.

Firmly setting out his musical agenda & continuing to make a substantial impression on the industry with his releases to date. 2018 saw a plethora of successful cuts from Matthew – including ‘All Night Long’ featuring Gyptian & Rico Tayla and ‘Promise For Keeps’, which was followed up with an Electric Bodega remix & a re-work featuring revered Jamaican reggae singer, Gyptian which has gone onto amass over 1 million plays on Spotify. Subsequently, the record formed part of a viral craze on Instagram #promiseforkeeps featuring some of the biggest stars from NBC hit show World of Dance.

Also hugely popular was ‘Somewhere Far’ – racking up some 6 million streams, since its August release and picked up by several of Spotify’s biggest playlists, including Chill Hits, Brand New Chill, Pop Relax, Wochenende & No Stress – plus making Viral 50 in eight international territories.

The song is about escaping with a lover all summer to a faraway & exotic destination. His evocative lyrics capture the spirit of adventure, while painting a serene picture we can all relate to:

“We can go anywhere you wanna go…ocean creeping on the shore, just relax, you need it more.”

As ‘Go’ drops, Matthew Schultz delivers another feel good track, set to light up globally in the coming weeks.

Stephen Vicino is the founder of MusicExistence.com. He created this site to give talented musicians a voice and a way to be discovered.
@@svicino
Previous Single Review: Microcosms – Forget Us
Next Gallery: Twenty One Pilots at PPG Paints Arena in Pittsburgh, PA 06.07.19