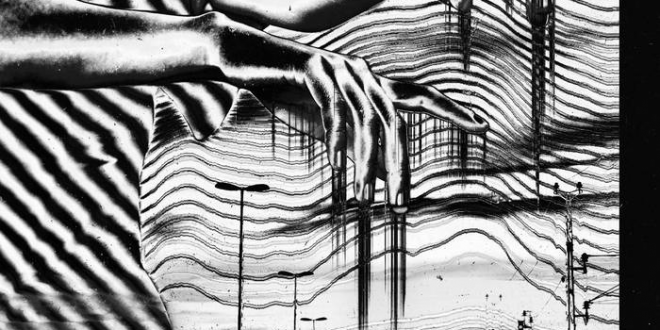 In a fast-paced, almost jittery strut, Microcosms breaks open a dam holding an ocean of adrenaline-laced rock might in their new single “Forget Us.” From the second the guitars come slicing through the silence up until the very moment when they disappear into the ether we’re captivated by their vicious churning and torrid romance with the fierce vocal situated in the eye of the sonic storm. There’s no point in trying to evade the weighty sway of the bass, the devastatingly enormous drumming, nor the razor-sharp sizzle of the six-string in this hot slab of alternative hard rock; my best advice is to strap yourself in and brace for the impact of Microcosms’ unflinching wall of sound.

There’s a poppy swing to the beats in this track. The guitars are always front and center in this mix, but they don’t steal the limelight away from the other. There’s a lot of texture to the vocal, as well as the drumming and the bass line, and it should be said that without the contribution of each unique element here, “Forget Us” wouldn’t be the boldly stylized scream of rebellion that it ultimately is. Microcosms show no interest in blending in with the crowded talent pool in this song; if anything, they’re setting themselves apart from the mundane mainstream bands currently topping the charts.

“Forget Us” finishes us off in an understated finale of fretwork and chilling reverb. It doesn’t feel incomplete or overly streamlined at all. There have been a lot of exciting new sounds coming out of the rock underground in the last year, but I think that what Microcosms are concocting in the studio right now is definitely among the best of the crop. They’re on fire!