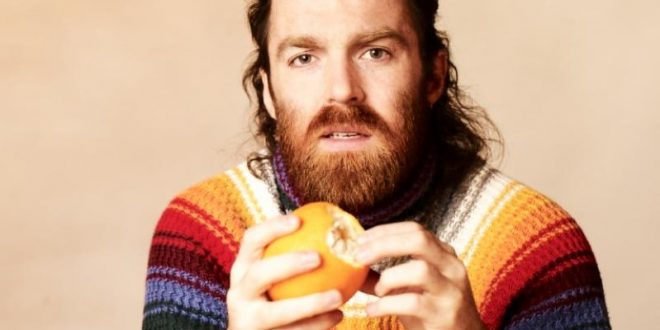 Nick Murphy’s new album Run Fast Sleep Naked was released last week to critical acclaim around the world. The album is a bold and dynamic body of work and shows an artist who is always pushing boundaries. Co-produced with Dave Harrington, it’s out now via Downtown / Future Classic / Opulent. Purchase or stream the album HERE.

Just yesterday, Murphy released the official video for “Dangerous,” a track TIME Magazine recently named one of the best of the week, noting that it “is multi-layered and experimental, but maintains an acoustic heartbeat and a measured, reflective tone.” The video was filmed in the Southern California desert recently and reflects the urgency of the song’s music and lyrics.

Directed by Najeeb Tarazi, the concept for the video was created by Murphy himself who says “I’ve wanted to shoot this idea for a long time. Calm in the chaos. Unseen Shadow in control. Self Witness. Big Love to Najeeb Tarazifor making it real”.

To make the album, Murphy spent four years traveling the world solo with a microphone in his suitcase, recording his vocal tracks in whichever spaces and environments most inspired him. During that time, he immersed himself in intense self-examination, a process aided by his reading of Joseph Campbell’s theories of the artist’s shaman-like role in modern society. With its penetrating songwriting and kaleidoscopic palette, Run Fast Sleep Naked is a hypnotically candid document of that searching, an album equally informed by constant questioning and steadily arriving at fragments of truth.

Murphy kicked off his massive world tour recently and will headline over 40 shows on three continents. The shows are selling out quickly with second nights already announce. All dates are listed below and tickets links can be found HERE.