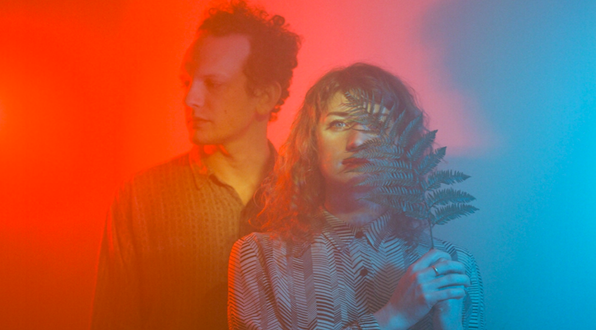 Pure Bathing Culture announced their first original release since 2015. Their new album Night Pass will be released April 26 on Infinite Companion. The highly anticipated, studio album is described as “the most distinguished demonstration of this Portland duo’s intensely unique musical identity to date.” Over the course of their young but eventful career, vocalist Sarah Versprille and multi-instrumentalist Daniel Hindman have done more than just a sound; they’ve honed a sonic virtue.

Night Pass emerged from emotional tumult as the band parted ways from their label and team in quick succession. In establishing professional moment, the duo discovered a safe haven in the studio of friend and producer Tucker Martine. With Tucker, Sarah and Daniel transformed dramatic change into creative power. The indie pop pioneers’ spirit of resilience beats through ten impassioned tracks, exploding into songs like “Devotion,” a danceable canticle in praise of partnership. Stereogum premiered the song, calling it “a triumphant, ’80s-indebted jaunt.”

Beginning in May, Pure Bathing Culture will embark upon support tours for Lucius and American Football before headlining a run down the West Coast. The full list of dates is below. More to be announced.

Night Pass is preceded by hard-earned reputation. Pure Bathing Culture worked with legendary producers Richard Swift and John Congleton, toured extensively with Death Cab for Cutie, The Shins and Lucius by headliners’ personal request, and contributed to studio albums for Damien Jurado, Foxygen and Jessie Baylin among others. Tennis’ Alaina Moore perfectly articulates the band’s level of indie world renown: “As a fan, I can’t even feign objectivity … they have made a cult following out of the biggest names in indie.”

^ with Lucius
* with American Football