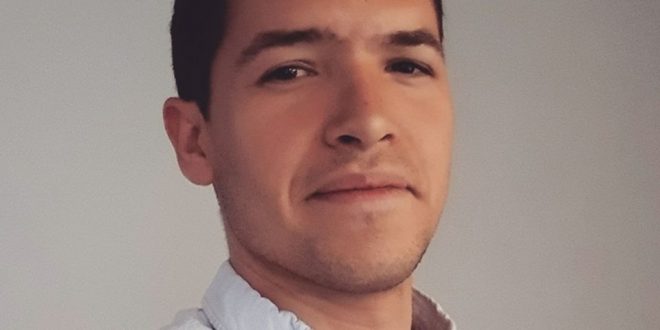 Undeniable soul and passion drive the new single from Mexican heartthrob Labán, “Quién da Más,” but its searing vocal melodies are arguably its most charming quality. Fresh from his studio sessions for the upcoming album Todos Somos Dueños de Aquí, Labán is committed to getting 2019 started right, and he does as much with the release of this charismatic R&B ballad, which puts all of the emphasis on a spellbinding serenade that will almost certainly leave you breathless. I had the pleasure of examining the song before it’s official release and was more than pleased with the caliber of content that it contained in a mere four minutes of play that can only be described as stunning, graceful and boldly affective.

“Quién da Más” benefits from a mix that I would consider to be more on the cerebral side than the majority of what you’ll hear out of mainstream R&B this year, but it’s airy feel doesn’t make its design feel experimental or ambient. This isn’t background music by any stretch of your imagination; it’s thoughtful, engaging lyricism wrapped in a sly melody that provokes an instant reaction out of anyone within earshot of its reverberations. The emotion is off the charts, and while I don’t have the same commanding grasp of Spanish that he does, there’s no need for a translator’s assistance when it comes to understanding what he’s trying to communicate. Raw sexuality is met with a self-consciousness that is humble and accessible to people of all backgrounds and creeds here; if pushed, I would say that this is Labán at his most transcendent to date.

The lyrics are executed smoothly in this single, contrasting somewhat with the rigidly crafted percussion, which penetrates the central hook with its mechanical grind. It’s not that the drums create some sort of negative conflict in the grander scheme of things; in fact, quite the contrary. I think that without the juxtaposition of the full-color poetry and coarse nuances in the percussion, “Quién da Más” might not be as captivating as it ultimately is. In this sense, Labán  is well ahead of his scene in terms of adapting to progressive songwriting concepts and yielding a sound that is truly his own in every way, shape and form.

This latest offering from Labán is unquestionably a stylish Latin R&B tune that anyone who appreciates a molten hot melody will enjoy. “Quién da Más” doesn’t ask anything in return for the rewarding, tension-releasing swing that it imparts to us so liberally, and I think that this song will elevate the level of attention surrounding Labán’s music to even greater heights than it was already at. He has an incredible amount of momentum behind him, and in the lead-up to Todos Somos Dueños de Aquí, he’s giving us plenty of convincing reasons to believe in his brand. The year is still young, but “Quién da Más” is an undisputed standout single that we’ll likely be talking about long into those lazy summer nights that require a soundtrack of its surreal, infectious swagger.