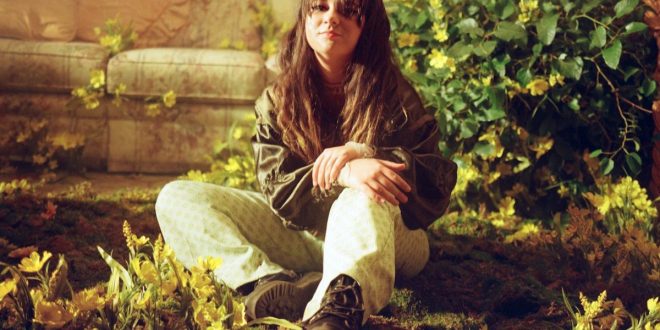 With refreshingly honest observations of day-to-day life, her painfully relatable and confessional lyrics, and a penchant for writing sticky melodies that you just can’t shake, 20-year-old Mallrat (Grace Shaw) is perfectly positioned to be Australia’s next big name in pop music.

Today, the Brisbane artist arrives with the glittering pop song, “Nobody’s Home.” Drenched in glimmering melodies and melancholic textures, the song echoes of a slow-burning restlessness built from ill-timed feelings of unrequited love. Much like most of Mallrat’s imagery, the accompanying video for “Nobody’s Home” is washed in pastel shades. Set in an empty house with no one to judge her, Mallrat feels confident in confessing her relationship frustrations, haunted only by her own ghosts who serve as her audience from room to room.

“This song started as a voice memo, recorded in a bathroom in Japan, about a year and a half ago,” she explained. “ was sleeping in the next room so I turned on the shower and quietly so that she wouldn’t hear recording. About six months later I met up with Basenji in Sydney and the song started to take shape.” Says Mallrat speaking about the song.

“Nobody’s Home” marks the highly anticipated return of Mallrat and follows the release of her critically acclaimed EP, “In The Sky in July 2018. Mallrat spent most of 2018 busy forging a reputation as one of the most endearing live performers, capturing the hearts of audiences while touring with Maggie Rogers in the US, opening for Post Malone and headlining festivals across Australia. She went into SXSW with NPR highlighting her in their “Austin 100” and finished the week with The New York Times naming her as one of 17 Acts That Stood Out At The Fest.

Previous Regretting The Past: Maroon 5 – Overexposed
Next Gallery: Snow Patrol at the Manchester Arena 31/01/2019