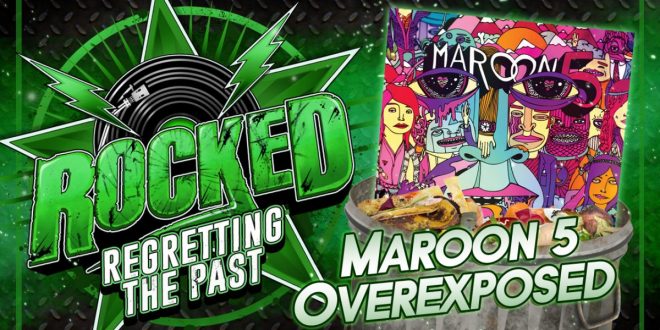 Their willingness to sellout was also overexposed.

Overexposed is the fourth studio album by the American band Maroon 5, released on June 20, 2012, by A&M Octone Records. The album was recorded between 2011 and 2012 and was driven after the moderate success of their third album, Hands All Over (2010), and later by the enormous success of the re-released edition, which was promoted by the single “Moves Like Jagger“, recorded as a collaboration with Christina Aguilera. It is the band’s only album not to feature keyboardist, rhythm guitarist and background vocalist, Jesse Carmichael, who took a temporary break from performing with the group to focus on his studies back then, replaced by musician PJ Morton. The band worked with different producers, such as Max Martin, who serves as the album’s executive producer, Ryan Tedder, Shellback and Benny Blanco. The band’s guitarist and Levine’s usual co-writer James Valentine only has four credits on the album.

I am an album reviewer, band interviewer, concert photographer. At least once a week I review a new album in the rock genre the week it comes out (anything from alternative to metal). Check out my site at www.rockedreviews.net and my twitter feed @rockedreviews"
@http://www.twitter.com/rockedreviews
Previous Wlady & T.N.Y. Feat. Losso Release “Beatrice”
Next Brisbane artist, Mallrat arrives with glittering new song and video, “Nobody’s Home”