Home / News / SAME SKY frontman Mikey Wolf opens up about their upcoming pop album “Carnival,” and gets brutally honest about the personal inspiration behind it. 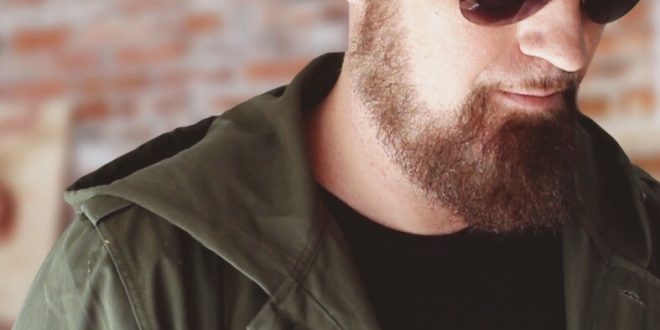 Processed with VSCO with a4 preset

SAME SKY frontman Mikey Wolf opens up about their upcoming pop album “Carnival,” and gets brutally honest about the personal inspiration behind it.

“Welcome to the carnival…life is a parade with you babe…” I’m humming to myself after a thrilling sneak peak into Same Sky’s upcoming pop record “Carnival.” We’re in their recording studio in Los Angeles where the band is wrapping up final touches on the upcoming release. It is evident that this project has a personal edge, replete with depth and anthemic arena-style melodies that are sure to have you singing along just moments in.

In a one on one interview with SAME SKY front man, Mikey Wolf, I was able to gain a glimpse into his life, as well as pick his brain about the inspiration behind “Carnival.”

The lyrics on your upcoming album “Carnival” are married so well to the music. When did you discover you had a gift for writing?

Thank you! I remember being very young, maybe 4 or 5. I wrote a song in my head and began singing it, and my siblings were impressed and made a pretty big deal about it. My family would sing other people’s songs all the time, but this was unique because it was something I came up with on my own.

You’ve spent countless hours finalizing this project. Would you describe what we get to look forward to?

Yeah – the timeline got stretched a bit thanks to a few floods, personnel changes, life. The first flood took out the studio, it’s tough at times to keep putting one foot in front of the other when you’re trying to make a party album and you run into things like that. Having just relocated from Houston, TX to Los Angeles within the last week, hopefully the floods are over for us (laughs). The time and challenges seem to have strengthened the project in my mind. Expect to be encouraged and inspired in a very unity-themed poptimism experience, with driving bass vibes and soaring arena anthems. Definitely intended to lift the spirits!

What would you say is your favorite song on this record?

First of all, that’s a hard one, but probably “Love Again.” They’re all so unique and connect with me on different levels, so it’s difficult to pinpoint.
Why “Love Again”?

I think “Love Again” captures the theme of the record in a very in-your-face kind of way. The record’s party theme of unity and connection is expressed in the song’s hopeful lyric in the bridge – “I can love again.”

What date does the album drop?

You can expect Carnival to be released before Summer of 2019. We’re virtually a wrap but there are some last minute tweaks that we are wrapping.

Do you plan to tour this album?

Absolutely. Gotta bring the party to the people.

“Bring the party to the people.” What does that mean, and why do you feel the need to bring this music to the world?

I think this music has the potential to unite on a global scale. I really believe that human connection through something I’ve heard referred to as “poptimism” (pop with an optimistic theme of hope and unity) that has power to bring people together in a way that nothing else can. What we need in our world right now is unity.

The globe is shrinking. Internet, airplanes, and technology in general are forcing the planet closer together and are creating more friction than at any other time in history. Because of this, we have a unique and valuable opportunity to reach across cultural aisles and connect over our commonalities.

I’ve heard that your band name Same Sky was inspired by that same idea. Is this true?

Yes, actually. The idea that no matter where we are on the planet, whether you dwell on a remote island off the coast of India or are living in a high-rise in Los Angeles, we all know what it’s like to be stirred by a sunrise or sunset and enamored by a star-studded sky. When our differences are all we can see, we have to make a decision to look at what we share in common. These commonalities will break down the walls that divide us in our minds, bringing healthy human connection, and ultimately, unity.

Stephen Vicino is the founder of MusicExistence.com. He created this site to give talented musicians a voice and a way to be discovered.
@@svicino
Previous Mark Hoppus and Alex Gaskarth Release Track from Brand New Duo Project
Next Sawyer …”Soul City Live” ep