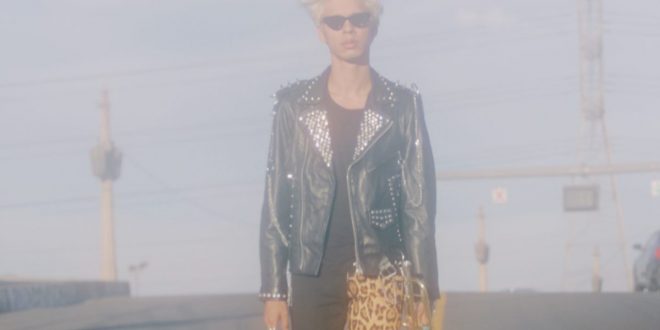 Spencer Ludwig collaborated with America’s Got Talent tween semifinalist Merrick Hanna on his new video for “Watch Me Walk.” In this choreography driven music video, Merrick brings his “popping” and “animation” styles of dance to the streets. The video premiered on TigerBeat. The track is also currently being used on FOX to promote the upcoming celebrity singing competition The Masked Singer, which is set to air January 2nd. The Brooklyn based vocalist/instrumentalist also announced a three-month residency at The Freehold – dates can be found below.

The new dance-inspired track is the follow-up to Spencer’s tropical single “Honeymoon,” featuring Z & Drü Oliver. Spencer gave a sneak peek of his video at Apple’s Keynote after-party, where he captivated audiences with his wild trumpet solos, dancing on display tables bringing the audience to their feet and even crooning to Apple’s CEO Tim Cook. During the Keynote, which was streamed to over 2 million users worldwide, Angela Ahrendts (Senior Vice President of Retail) profiled Spencer as a Today at Apple performer.

Spencer, who was chosen as one of YouTube’s ten acts for its prestigious “Artists In Residence” program, kicked off the year opening for The Chainsmokers and Jason Derulo, and Betty Who. He wowed audiences at iHeart Radio’s Movie Pass event this year at Coachella the 2018 NFL Draft, Bonnaroo and Pride festivals around the country.

Additionally, peers such as Chance The Rapper, Maroon 5 and Camila Cabello have shown support on social media. He turned audiences around the world into believers after his performance on Late Night With Seth Meyers and also at Lollapalooza, Austin City Limits, Mexico’s Corona Capital and on tour supporting BeBe Rexha in the US and Europe.

Previous Set It Off Drop Two New Songs + Ask Fans To Vote On Which Will Be Their Next Video
Next MY LIFE WITH THE THRILL KILL KULT Announce Spring Dates for STRANGE AFFAIRS TOUR with CURSE MACKEY!