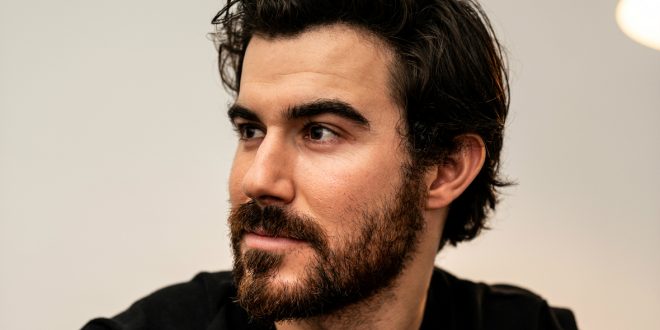 Joel Taylor, the LA by way of Sydney, Australia, multi-instrumentalist, has released the new video, “Moment’s Notice,” via an exclusive premiere on Variety. This is the follow up single to “Give Myself Away,” which featured a video directed by actress Courteney Cox, and 2017’s double single, Two Sides. “Moment’s Notice” is Joel’s most intimate offering yet, extremely personal yet resonating universally.

Directed by Phillip Montgomery, the video stars Joel himself, Graham Sibley (Sully, Jane The Virgin), Sarah Utterback (Grey’s Anatomy, The Ghost Whisperer) and marks the acting debut of Sage-Quinn Blair. With its unique mixture of desolation and beauty, the Mojave Desert provides the perfect backdrop to visually enhance this story of a tumultuous family and the painful effects of alcoholism and domestic violence, with which Joel, unfortunately, has firsthand experience.

After growing up avoiding the landmines of a powerfully divided household, Joel felt the need to escape and at the age of 18, a week after graduating from high school, he moved to America to follow his dream of being an artist. He calls “Moment’s Notice” his “gospel hymn about rebirth,” inspired by that time in his life.

Joel is currently putting the final touches on his debut EP, due out in early 2019. The record will be followed by his first headlining US tour.