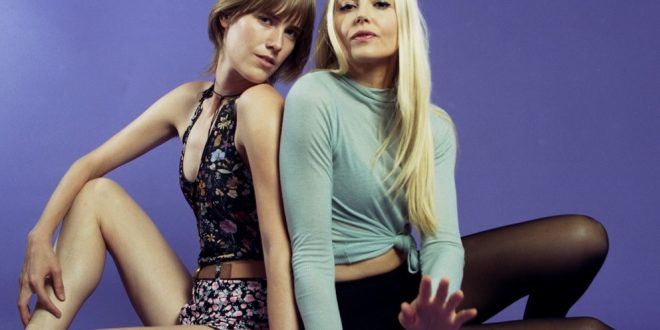 Recently, Brooklyn’s Fever High released “Avec You”, the first single from their upcoming, as-yet-untitled EP, and their first new music since their critically acclaimed 2017 debut album, FHNY. “Avec You” was recently featured in Spotify’s New Music Friday. The track was produced by Adam Schlesinger (Fountains of Wayne, Ivy) who also produced FHNY and their 2016 EP All Work.

Reni found inspiration for the song in the aftermath of a breakup, saying “I’d recently been through a breakup and was in Paris soon afterwards. I ended up having the time of my life there; making new friends, music, and memories for life. So the song was definitely inspired by those crazy Parisian adventures and the potential one night has to change your perspective on everything in life and love.”

Anna, speaking on recording of the song, said “We were in the studio dancing to this groove that Adam had come up with, and suddenly Reni started doing ballet moves and saying ‘plié, relevé’, which we all loved! That somehow led us down the path of writing the song in a combination of Franglais and broken English.”

On FHNY, Fever High expanded on the danceable, retro-tinged sound that The Guardian described as “iridescent and infectious.” Their song “Good Advice” (featuring Jeff Goldblum) earned them a featured spot in Spotify’s New Music Friday, and their songs appeared in numerous TV shows and films.