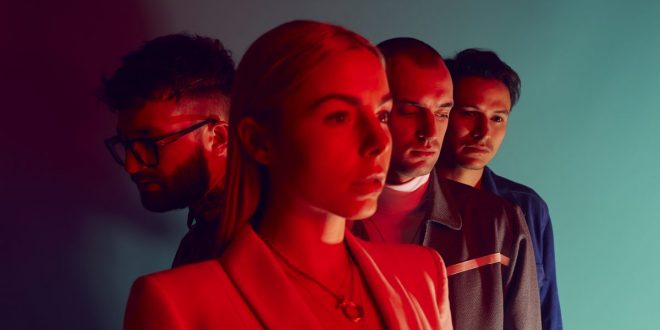 British electronic collective HÆLOS, recently announced their return as a four-piece with their new single, “Buried In The Sand,” and an accompanying video by renowned directors The Sacred Egg. Benardout, Arthur Delaney, and Dom Goldsmith have expanded with the addition of Daniel Vildósola, now a fulltime member after being part of the HÆLOS touring band. Two-plus years since the release of their debut album, Full Circle (Matador Records), “Buried In The Sand” is the first taste of more new music to come via Infectious in 2019. The accompanying video was shot on 16mm film in Kiev. As described by Stereogum, “Buried In The Sand’ maintains the nocturnal textures of Full Circle, and the same subtle attention to sonic detail that made their debut so rewarding. Built on a clattering beat and ghostly vocal turns from various members, it’s also a reminder of how good this band is at depicting internal, psychological tension”