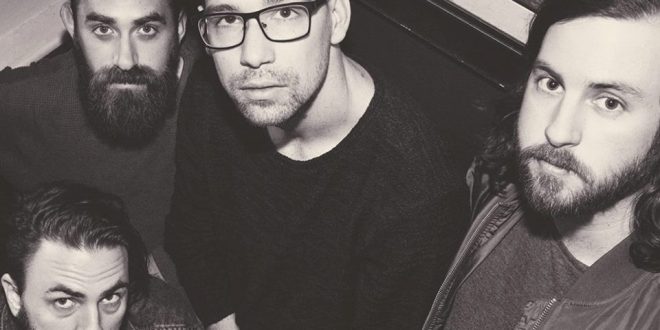 Tides of Man re-established themselves as one of the most dynamic bands in the post-rock genre this summer with the release of their highly-anticipated 4th full length, Every Nothing. Recently, the band continued to delight their fanbase with the release of the official video for “Mercury Fields” – one of the most ambitious singles on Every Nothing – via a premiere with Prog Magazine. The track itself is an ethereal bit of meticulously arranged shoegaze-y post-rock that manages to build into a cathartic release as the song progresses. It’s the sort of cinematic and emotionally engaging composition that has found the band’s name consistently mentioned amongst the highest echelon of progressive, instrumental rock acts internationally.

“We wanted to do a performance video that showcased the mood of the song while playing off of the colors of our previous single Static Hymn done by Stephen Mlinarcnik. We brought this idea to the table and Freddy Marschall and Cam Simon helped bring it to life. ” said the band of the video.

Every Nothing is a collection of 12 meticulously arranged post-rock compositions that builds on the band’s 2014 full-length, Young and Courageous. The synergy throughout the album allows listeners a serene experience that highlights the band’s creative growth while staying true to their foundational sound that led to such a dedicated international following for the band upon their previous release. Every Nothing explores the theme that sometimes the most insignificant moments, one takes for granted, can be the most important. When looking back, these small moments can be life-defining. Sonically, Every Nothing shows a darker and more brooding side of the bands writing – creating an atmosphere that reflects their artistic maturation over the past four years.