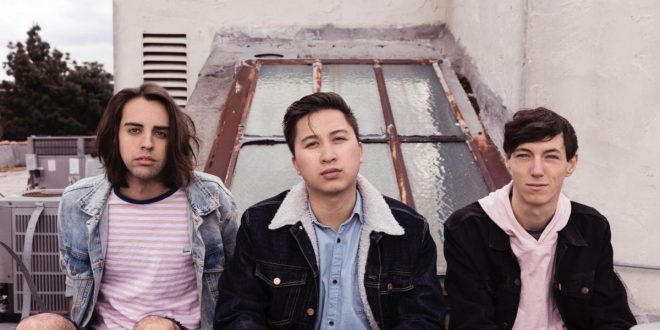 Interview: Jayden Seeley of With Confidence

Not so long ago I got the opportunity to speak to the frontman of a trio that have been quite important in my life over the last three years. With Confidence were on their UK leg of their worldwide tour to celebrate the release of their second album Love and Loathing, where I caught up with frontman Jayden to discuss the album and a few serious issues that society is faced with, and how them and so many others are able to help.

ME: So first of all, you guys have dropped arguably the best pop-punk album so far this year in my opinion, so well done on that one man.

Jayden: Oh thanks man, appreciate it. The reaction has been really, really cool. This is the first time that we’re actually playing these songs live so its cool to see the reaction of fans face-to-face. I think a few of these songs, we knew would translate well live, but there has been a few surprises as well.

ME: Any inspiration from past events, or other music that you feel helped the writing and recording of Love and Loathing?

Jayden: For me personally, I was listening to a lot of The Maine. They’re most recent album Black butterflies and Déjà Vu came out when I was doing a lot of writing for the album. I know the boys have their own influences too. Also, I think a lot of influence has been from the last few years of touring. Like, we wrote and recorded Better Weather and we didn’t really know what we were doing, we were just writing songs and just tried to put together the best stuff that we had, where as I think that having the experience of writing and touring really helped us push this album.

ME: So has the reaction been any different to what it was for your release of better Weather?

Jayden: I think so. Maybe because with our first album we were more fresh faced and just introducing ourselves into the international market. This time around, people are much more aware of the band, we’ve been around that little bit longer. It was really cool to see the album charting, for the first time. We’ve never really had something like that. So it was great to see the visible effects off the second album.

ME: That’s awesome! So how are you guys finding the UK on this tour?

Jayden: Yeah we’ve done a few dates I think we’re on our sixth show now. We’ve toured the  UK a fair few times now and I love it man. I love the UK and I love Europe. Like today for example we went out and had a look at Cardiff Castle and all the buildings and architecture around there. This place has a lot of history which is one of my favourite things. Australia was founded in like the late 1700’s so we don’t really have much crazy, old stuff. Most of our history has actually been pretty recent in the grand scheme of things so its cool to be in a place where you can feel the past. I also love the people and the dry sense of humour you guys have over here!

ME: I was speaking to Joel and Jatty of Endless Heights a few months back…

ME: ..and they were saying one of the best things about touring the UK is the short drives between shows and you aren’t driving ridiculous hours between shows.

Jayden: Oh yeah! Before we become international, we did I think over 10 Australian tours, so that was probably two years before we really got over here. We would be driving around the country in Josh’s mum’s van, we’d all get drunk, except for one of us of course, who’s end up having to drive 12 hours overnight and we did that consistently!

ME: On your first album, I felt that there was a lot of mental health getting spoken about, do you feel that it’s quite an important thing to do? Somebody with a platform like yourselves, and using it to spread serious messages.

ME: There’s a lot of bands who tend to shy away from using lyrics that can be deemed sensitive.

Jayden: Yeah, I mean I think its important for anyone with a platform to make good use of it. Yeah, I think mental health and mental awareness in general is something that at first we didn’t really realise getting into doing it. But, we were writing a lot about it and then it started resonating with people. We were like ‘wow, this is something that’s kind of cool’, so we spoke more openly about it and a lot of people responded to that.

I’m not going to say that we are the band that opened up that discussion because I think that over the last few years, a lot of people are talking about it. And you have a lot of incredible organisations such as Beyond blue and Hope For The Day that are super active in the scene right now.

Mental health awareness and the stigma that comes along with it has lessened, so I think it’s something that we’re more aware of now in 2018 and the awareness can continually grow as long as people with platforms like ourselves are putting it to use! The more we can promote this, the more that conversations may be opened up.

The lads are soon to kick off their Co-Headline US tour alongside Broadside. Find your tix here. 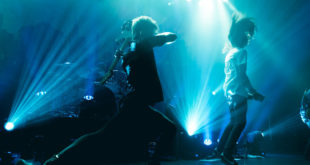 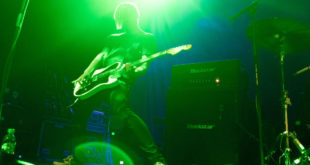