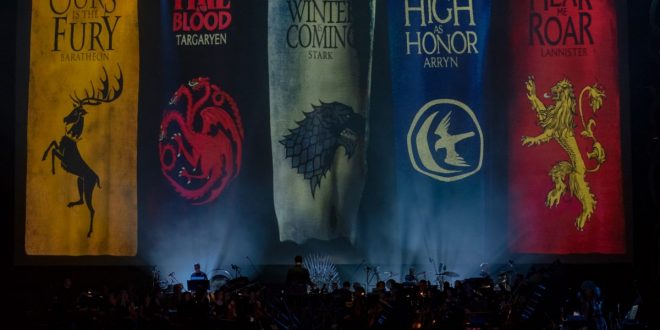 On Wednesday night fans of the HBO fantasy series Game of Thrones were witness to a live concert experience at Newark, New Jersey,s Prudential Center featuring composer Ramin Djawadi conducting an 80-piece orchestra and choir, which performed highlights from the series’ musical score on a 360-degree stage. The tour’s title, “Music is Coming” is in reference to House Stark motto, “Winter is Coming.” In addition to the 360-degree stage, the concert also featured LED telescoping and giant wall screens, and special 3D designs that rose from the stage floor. The concert also featured instruments that were specially created for the tour, such as a 14-foot Wildling horn played during the Wildling attack on the Wall section.

For more info on the Game of Thrones Live Concert Experience visit: http://www.gameofthronesconcert.com

NewYork Based Photographer. Music Enthusiast with a background in Graphic Design. Whether I'm shooting a live event or just out wondering the streets its about capturing the moment.
Previous Songstress Abby Ahmad Lures Us in with New Single, “Because”
Next Matt Westin Delivers Raw Appeal On Debut Album “Legacy”