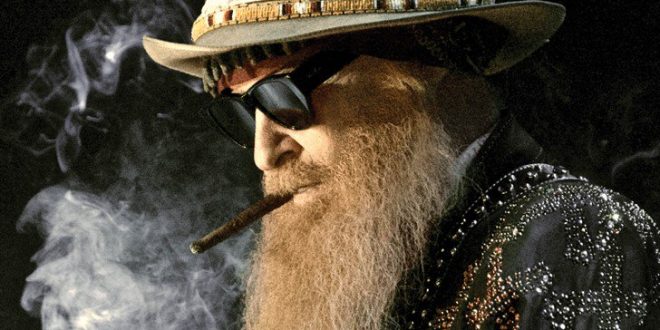 Billy F Gibbons, the notable legendary guitarist of southern rock’s finest trio, breaks away once again from his role in ZZ Top to release a sophomore album, The Big Bad Blues, via Snakeform Records. It’s a quintessential album for both the modern and old-school blues lover, pulling a wide array of stomping originals and tried and true classic covers.

Cut from the same cloth as ZZ Top’s early 70s work, Gibbons plays into the desert blues, cowboy archetype we all know and – considering the 50-year successful career – love. A part of the longest running major rock band, Gibbons has been the centerpiece of ZZ Top since their genesis in 1969. Forever imprinted in the American music landscape, it’s no wonder Gibbons’ solo endeavors would be wildly-to-mildly reminiscent of his past projects. “Mo’ Slower Blues” would nestle sweetly in Rio Grande Mud, with its muddy production and swampy guitar, while “My Baby She Rocks” could easily slide into Tres Hombres without much notice.

However, this is the lovechild of Reverend Billy G. The incessant comparison and callback to his previous works would do The Big Bad Blues a disservice, as Gibbons lovingly hatched this album out of his own lifelong love affair with rock n’ roll and the blues. It’s this personal, deep-rooted appreciation that bubbles to the surface of each track; an effervescent admiration for the genre that transcends categorical limitations to touch that universal feeling the blues captures. The Big Bad Blues is a derivative of that feeling, a flavor carefully crafted to suit the taste of all who listen. Because that’s what blues has been and will continue to be: a place where heart and soul intersect and trade in earthly worry for therapeutic guitar riffs and moanin’ vocals.

A few of my personal favorites tracks are “My Baby She Rocks,” “Standing Around Crying,” and “Crackin’ Up.” A Gibbons original, “My Baby She Rocks” catapults its listener to one of those dive bars littered across the small towns of America, where the smoke is heavy, and the jukebox is loud. It may be dirty and unkempt, but it feels good because its familiar as Gibbons’ guitar and voice wails over the speaker. Gibbons captures the essence of the legendary bluesman Muddy Waters in his own take on “Standing Around Crying,” complete with the staggeringly sluggish beat that yearns and moans all on its own. Finally, a perfectly light ending – but not without a little grime ‘round the edges – to an otherwise heavy album, comes a rendition of Bo Diddley’s “Crackin’ Up.” It’s an ideal cover to showcase Gibbons’ talent as a guitarist, as he perfects Bo’s inside-out, upside-down guitar technique while adding his own mud-laden spin.

Gibbons co-produced The Big Bad Blues alongside Joe Hardy and was put to tape at Houston’s own Foam Box Recordings. The record features 11 tracks laid down by Hardy on bass, Matt Sorum (Guns N’ Roses, The Cult) and Nashville session legend Greg Morrow on drums, Mike ‘The Drifter’ Flanigan on keyboards, and the blues harp duties are shared by James Harmon and Gibbons, who is the album’s vocalist and guitarist.