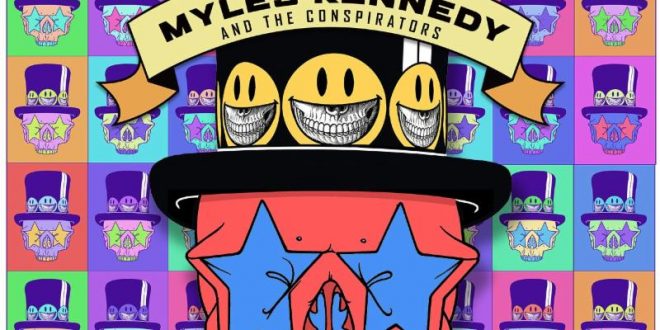 An album review on Living The Dream, the third full album from Slash featuring Myles Kennedy & The Conspirators.

Saul Hudson (born July 23, 1965), better known by his stage name Slash, is an English-American musician and songwriter. He is best known as the lead guitarist of the American hard rock band Guns N’ Roses, with whom he achieved worldwide success in the late 1980s and early 1990s. During his later years with Guns N’ Roses, Slash formed the side project Slash’s Snakepit. After leaving Guns N’ Roses in 1996, he co-founded the supergroup Velvet Revolver, which re-established him as a mainstream performer in the mid to late 2000s. Slash has released three solo albums: Slash (2010), featuring an array of guest musicians, and Apocalyptic Love (2012) and World on Fire (2014), recorded with his band, Myles Kennedy and the Conspirators. He returned to Guns N’ Roses in 2016.

Overall, Living The Dream will satisfy what you are looking for if you want a hard rock solo fest along with some surprise deep tracks thrown in. Lyrically you may not be completely changed forever in this listening experience, but Slash will make sure that you are playing air guitar several times as you are reminded just how good he is.

I am an album reviewer, band interviewer, concert photographer. At least once a week I review a new album in the rock genre the week it comes out (anything from alternative to metal). Check out my site at www.rockedreviews.net and my twitter feed @rockedreviews"
@http://www.twitter.com/rockedreviews
Previous Gallery: Mothers, Lala Lala, and Toast at Baby’s All Right 09.20.18
Next Album Review: Billy F Gibbons – The Big Bad Blues