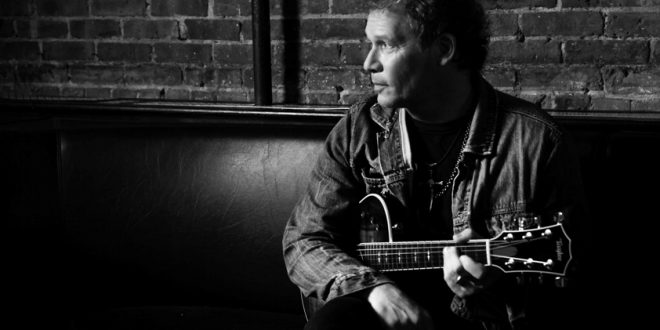 The Gary Douglas Band’s birth came when Douglas, a longtime and respected trial attorney in the New York City area, obeyed the inner tug of a musical muse that remained with him long after he gave up playing music in favor of a steadier career. Music simply clicks with some people, not in the makes you want to move sort of way, but rather snaps something into place in the interior lives of such people that everything seemingly falls into place and life’s possibilities are greater than ever before. Gary Douglas engages with music in such a way, connecting with artists like Bruce Springsteen because they speak to a vision of reality he shares with them. His own music reflects that and his band’s new single “Nothing Ever Goes as Planned” comes as close to the truth in musical form that you’ll hear from any act working today.

Douglas’ voice is deceptive, especially for newcomers. He handles the verses with smooth phrasing with a faint smoky sound, but he dials up the intensity for the chorus, especially its climatic moment. The lyrics don’t present any problems for Douglas as a singer and one of his key phrasing talents lies in the careful way he brings each line to life without ever stretching for effect. Backing vocals join Douglas’ voice during the chorus and there’s a palpable spirituality in the juxtaposition of voices that elevates the tune’s mood. It’s rather remarkable, considering the song’s words, that there’s such a bright, even hopeful, sound permeating the track. It helps make the song’s catalog of modern horrors much more palatable for listeners.

The musical arrangement is important to bringing that tone off for listeners. It’s a short song, not quite making it to three minutes long, but much of its success is due to Douglas’ intelligent choice to never overplay his hand; there’s a sparse, tasteful quality to the songwriting despite the passionate nature of the material. The slight stutter to the acoustic guitar is especially effective and positioned nicely within the mix and has a pleasing melodic jangle. “Nothing Ever Goes as Planned” opens with muted percussion, but its contribution quickly evolves and the rhythm section proves to be another critical factor in bringing the performance together. It gives the song a solid foundation for Douglas and his fellow musicians to build from.

The second single from his forthcoming album Deep in the Water expands on the promise heard with the first “River Road”. Gary Douglas’ songwriting is probing and emotionally affecting without neglecting the needed entertainment value. Keeping things on point is, undoubtedly, an important part of what makes this single so memorable, but Douglas works with musicians who clearly comprehend his musical aims and complement them with their own extensive skill sets. “Nothing Ever Goes as Planned” may take a dim view of our modern world, but there’s never any sense of despair suffocating the song. Instead, The Gary Douglas Band’s latest single encourages us to hold our heads high no matter what and, above all else, to keep singing along.