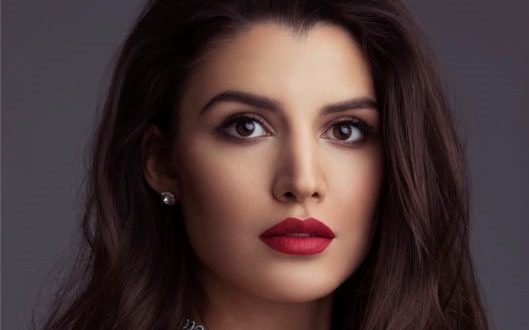 Tamara Radjenovic is an emerging opera singer. Originally based in Montenegro, Radjenovic steadily developed her classically-trained sensibilities as early as age 6, playing piano as well as shaping her vocal style. These days, the now 23-year-old soprano has truly come into form. She recently graduated from London, England’s Royal College of Music with a focus on voice performance. Her studies there have resumed once receiving a scholarship to complete her master’s degree, under the tutelage of fellow soprano Enas Massalha.

At the moment, Radjenovic is preparing for her United States debut at New York City’s prestigious Carnegie Hall, which is slated for next week. Tickets range from $25 to $30, and the show will commence at 8 PM. Head to www.carnegiehall.org for more details about the concert.

Last summer, the singer’s rise to prominence took place at Sicily’s Mediterranean Opera Festival, where she debuted as Mimi in the Giacomo Puccini-composed four-act opera, La Boheme. That run has since included numerous other festival, competitive, and masterclass performances across eastern and western Europe, further solidifying her merit in the opera world.

Check out one of Radjenovic’s recent performances of “Si, Mi chiamano Mimi” at the Gradska Kuća government office in Novi Sad, Serbia:

I come from a family who is passionate about all things music. I learned to sing at an early age, and by 13, had my very own Fender Strat guitar. I tried my hardest at learning all that I could. Because I was born with cerebral palsy, I had to teach myself an adaptive playing style. I learned to write and record my own music, despite these difficulties. In college, I started making great use of my writing abilities by reviewing music, as well as copy editing. I guess it's best to stick with what you know, while welcoming a fair challenge at the same time.
Previous Dallas Singer-Songwriter Clayton Morgan Tops iTunes Canada Chart
Next Exclusive Interview With Country Artist Heather Whitney