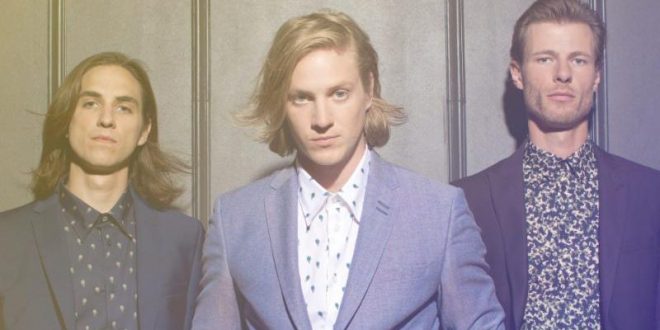 Toronto-based trio Bleeker have returned with their latest single, “James Dean” from their forthcoming EP, Problems, due out this fall. The official music video was directed by Jeff Scheven (TV On The Radio, Givenchy, Diamond Rings).

“It has a real Americana feel,” singer Taylor Perkins explains of the song, “That was the vibe. Everyone goes through really hard times. Life weighs down on all of us. The chorus is meant to uplift and encourage you to dream a little bit.”

Consisting of brothers Taylor (vocals) and Cole Perkins(guitar) and Mike Van Dyk (bass), Bleeker are confidently embracing a grandiose vision, projecting their punk spirit, fashion-forward presentation, and raw soul onto the widescreen. Their Five Seven Music debut, Erase You, achieved a coveted Juno Award nod in the category of “Breakthrough Group of the Year” as they infiltrated Canadian and European television. Not only did their breakthrough smash “Highway” hit #1 on radio in Canada and Top 10 in the United States, but it also generated a staggering 12 million Spotify streams and 1 million YouTube views in under a year. The track was also featured on the Travel Channel and NHL programming, among others. Tastemakers such as AXS and Examiner, and more touted them as they shared the stage with the likes of The Struts, Death From Above, and The Darkness.