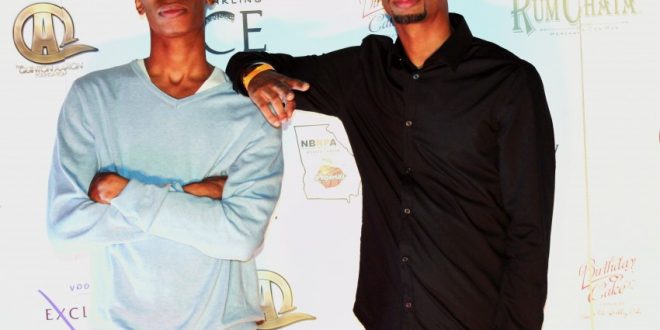 Conceptz continues carving out a distinctive niche for themselves in the hip hop community at large thanks to their growing talents synthesizing classic and modern influences into an increasingly signature whole. Few of their recent singles illustrate that better than their newest cut “Splash” and watching Conceptz in the song’s video only emphasizes the growing confidence they are claiming as writers, producers, and performers. It’s a sign of the respect accorded to them by their peers that “Splash” features collaboration with award winning musician, songwriter, performer, and producer Benny Blanco and their glove-like fit is definitely a highlight of the single. The beating heart of Conceptz, however, is the brother tandem of Highrowglyphfix and Short Fuze,. These two Orange County- New York natives formed the project in 2011 and are building one of the most promising discographies in modern hip hop thanks to their imagination and aforementioned individuality.

It all begins with the vocals. The interplay, trading off lines and verses, and the way it comes together in contrast with the song’s chorus compels your attention. The contrasting styles seamlessly work together because they so clearly alternate between a smoother, near-soulful delivery, full of loose-limbed swagger, while the rawer vocals give a hard-hitting strut to the words. There’s humor in the lyrics, but a lot of it comes from the delivery as well and brings something extra to an already killer performance.

The words run towards the bawdier side of the genre, but it isn’t anything too excessive and more often than not comes off more as innuendo, but there definitely are some very direct moments. Conceptz has above average creativity for this part of their presentation and never sound like they’re rehashing anyone; instead, they go after the adult subject matter of the song with imagination and not a single wasted word.

The musical arrangement is equally compact and designed to come on strong for listeners. Don’t mistake that, however, for a lack of subtlety as there’s a number of sly peaks and valleys threaded into song’s body potent enough to attract any kind of music fan. The percussion gives the tune a persistent, physical beat with some surprising swing built in hooking you even deeper into its groove. There’s a lot of goodness to go around with this track and, running just over four minutes long, Conceptz has tailored “Splash” to a perfect length for leaving its mark on an audience’s memory. There’s no doubt this would prove to be a popular live number as well and there’s nothing to indicate they wouldn’t pull it off with every bit, if not more, flair. The single comes with a polished and entertaining music video that helps get the song even more over. There’s no doubt Conceptz are primed to score with this new single and their continued success shows no signs of slowing down.