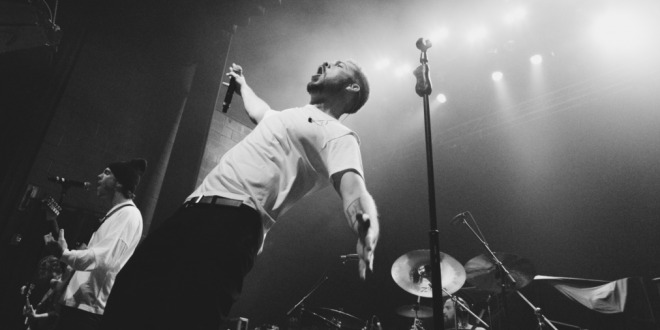 After the release of their first album, ‘Normaltown’ in 2016, the Norm brothers have recently released a new single, ‘Delirious’, on this April 27th. Bryan Rucker and Ryan Bars are popularly known for defying all the traditional norms of different genres of music, break them into pieces
so that they can formulate something new out of it.

The musical debut of this duo brought out the innovative and creative corners of their brain into the public. Like in the songs of ‘Normaltown’, in ‘Delirious’ too, the Norm has treated a mixture of sounds, what they call ‘hip-rock’, derived from their urban roots of pop, rock and roll, and hip-hop. The Norm has won The Road To Roo competition sponsored by Miller Lite representing the state of Georgia, and this summer, they will be performing at The Bonnaroo Music Festival.

‘Delirious’ sounds something between Twenty One Pilot and Fall Out Boy. The song opens with some incredibly powerful vocals leading by a single vocal and a chorus for some time. The sound, background instrumentation, the mood that it evokes, have gone beyond The Norms prior releases. From beginning to the end, it seems unpredictable for the audience to speculate what comes the next.

The tight yet smooth rhythm, catchy bass lines, contrasting and powerful vocals are the most noteworthy features that have made the song exceptionally well-played. The radio-ready sound of ‘Delirious’ will evoke some kind of sense in the mind of the listener that summer will soon appear with all the bells and whistles.

An underlying current of the sharp accentuated beats flows within ‘Delirious’. And this heavily ‘on’ beats is something that will make the mind of the audience charged. The mind-drifting bass line, electrifying notes of the guitar, the powerful drumming, will fold in the audience and deliver them to the world of delirium.

From the soundtracks of ‘Normaltown’ to the latest single ‘Delirious’, one thing is clear and common, in this world of music, success comes to only those who stick to the road, clear away the boulder and never turn back, and of course, music must be their passion. This thing is clear from the journey of the Norm band. Despite being stepbrothers, Bryan Rucker and Ryan Bars had one thing common, and that is their love for music. ‘Delirious’ stands among such wonderful creations that can only spring up from the heat of passion, passion for music.

Stephen Vicino is the founder of MusicExistence.com. He created this site to give talented musicians a voice and a way to be discovered.
@@svicino
Previous Angry B (from Wolf With Love) introducing new playlist.
Next Cathy Hutch New Album ‘Free Wheelin’’