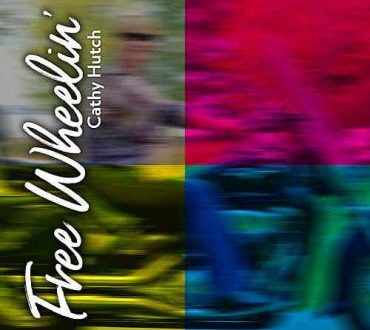 “Carry You Along” opens the set with a little of that southern sound that reflects country music but this is not a country album by any means, it’s just spiced with a flavor of the south that’s more steeped in the blues and even some gospel to give it more classic appeal for rock music lovers to enjoy every side of her songs. And this opening track is a gem to get that whole attitude off and running with great results and make you want to hear everything the CD has to offer, which is the mark of any truly great opener. There’s no turning back once you’re into this groove.

“Friends Like You” brings a lot of contrast with it to assure you’re not getting all the same song here. It deals with being blessed to have the right people around and how to keep it that way. It runs into “Know It All” with one of the brightest and most positive tracks Cathy Hutch has managed to record over her last two albums. This contends with anything on the album for a hit single, as it covers the subject of wasting time and how important it is to save the best things for the best people in your life. And out of the several colossal tracks this one sits on the very top shelf.

“Reflections Of My Life” is where the one token cover track comes in and evens out the overall sound of the album with a very respectable version of the hit by Marmalade way back in the late sixties. Hutch’s version doesn’t vary much from the original, except to say that female vocals adds an automatic difference when you hear it, and Hutch’s band surely surpass the chops of the original. But her own originals are more of what it’s all about, and “In My Life” brings with it a chance to prove that to anyone feeling covers are just filler, which the former is not, but it is followed by more excellence of her own.

“Attitude Of Gratitude” is one of the most rocking songs, but at the same time it’s the most lyrically grounded. There’s a message in this song that speaks for the whole album, and you just have-to hear it all to either concur or not that Hutch is a premiere talent and an old soul worth recommending. And if that doesn’t impress, the title track “Free Wheelin’” and the rest will seal the deal for anyone looking for new and old-style music in the same hot release.

Stephen Vicino is the founder of MusicExistence.com. He created this site to give talented musicians a voice and a way to be discovered.
@@svicino
Previous The Norm Release New Single “Delirious”
Next Gallery: Blacktop Mojo Live At The Green Room In Flagstaff, AZ 05/25/18