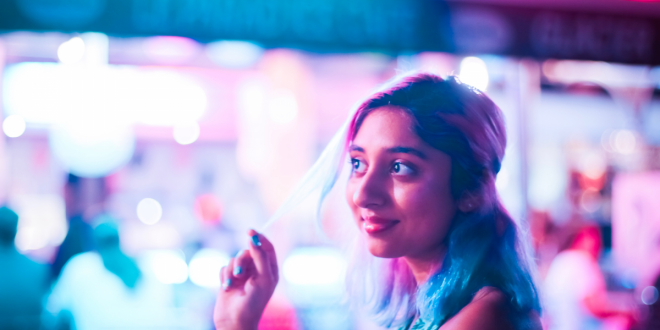 San Jose’s singer-songwriter Someya has turned her creative imagination into power ballads with her magnificent vocals and talent. Someya has been an artist to watch since the release of her EP This Flame in 2017.  The latest tracks “You Saved Me” and “Gold” display an intimate side to the pop artist, stemming her talents from performing since the age of 5.

Someya took time out of her day to speak to us about her new single “Gold,” her songwriting process, and more.

Music Existence: Hey Someya, how are you?
Someya: I’m good. How are you?

ME: Glad to hear! Great, thanks! Imagine it’s the first day of school. How would you introduce yourself in three words or three fun facts about you?
Someya: Artistic, passionate, and… I wanna say creative, but that’s the same as artistic. I’ll say it anyway. (laughs)

ME: You’re following the success of your single “You Saved Me,” which is about a taboo relationship. I read it was inspired by a book, and I’m curious which book it was inspired by.
Someya: Yeah, it was inspired by a book called Ashes. A trilogy that was a post-apocalyptic novel. I really shipped two characters, the main character and this zombie boy… Zombies and humans aren’t really meant to be together, so of course they didn’t end up together. They were trying to show something the two characters that we never really saw, but I wrote a song about it instead.

ME: Very creative. The new single “Gold” really showcases your vocal abilities. You go from lower ranges to falsetto all in one song while carrying the same dark undertones but a little bit edgier than “You Saved Me.” What inspired “Gold,” and what is the track about?
Someya: I’d like to call it a love song with a hint of insanity. I’m singing about this perfect relationship in the future, but I’m also saying that I’ll never let him leave… that I wonder what he looks like when he’s asleep. It’s too perfect to be realistic.

ME: Is that from a personal experience or just something that came to mind?
Someya: A lot of songs just come to me.. I just wrote it. (laughs)

ME: Has music always fueled that passion inside of you from learning those instruments?
Someya: Yeah, definitely! I’ve always sung ever since I can remember. I never understood when people didn’t want to sing. (laughs) I started playing the flute when I was in elementary school. Not that I was ever good at it, but I enjoyed playing it.

ME: What drove you to pursuing a career in music? Have you been doing local shows?
Someya: I’ve been doing some shows here in there in San Jose [hometown] and San Francisco. I’ve been focusing on my album.

ME: Do you have an expected release date for the album?
Someya: Not yet. (laughs)

ME: When you’re out playing shows, being a young artist, do you feel you have to prove yourself or do you just go with the flow?
Someya: I’m definitely a more go with the flow kind of person.

ME: What is the first album you ever purchased?
Someya: This is such a throwback. I think it was a Hannah Montana/Miley Cyrus album. I used to be a fan when we were little.

ME: Mine was probably Spice Girls, so I’m right there with ya. Do you have any artists on your bucket list you’d like to perform with sometime in the future?
Someya: Ah, there’s so many good artists. I really want to write a song with Charlie Puth one day. I haven’t really thought of performing with artists, which would be really cool. My favorite artist is Halsey, definitely her.

ME: We’re excited for your new single “Gold.” Any last words for your fans?
Someya: I hope they’re excited as well!

Kitchen Designer by day, Concert Photographer/Writer by night. 24. Arkansas.
@tsheaphoto
Previous The Kooks Kick Off First US Tour in Three Years
Next Carmody returns with new single ‘Singing Your Love’