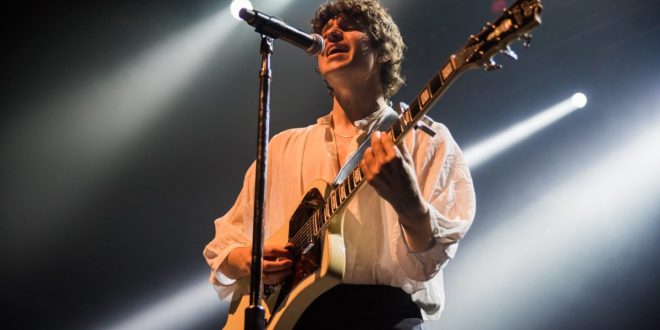 The Kooks Kick Off First US Tour in Three Years

On Monday night in Boston, The Kooks kicked off their first tour of North American since 2015. The Kooks are gearing up to release their long-awaited fifth studio album, Let’s Go Sunshine, on August 31 via Lonely Cat / AWAL Recordings. The album is brash and bold with songs that mix melancholy and euphoria. The band has released two new songs off the album, “No Pressure” and “All The Time” and continue their sold-out US tour which wraps June 7th in Los Angeles, CA at The Wiltern. The Kooks will also be hitting cities across Europe this summer, including shows opening up for The Rolling Stones. Please see full tour routing below.

The Kooks started their career with a bang in 2006 with their unstoppable debut Inside In/Inside Out, which went five times platinum at the end of last year. The four-piece band have continued to go from strength to strength. With three more studio albums including a “Best of,” the band have acquired over 1 billion streams worldwide and embarked on a number of massive world tours including their forthcoming sold-out US tour. With awards and critical acclaim under their belts, they’ve maintained a steady ascent to the top, constantly growing in popularity throughout the last decade.