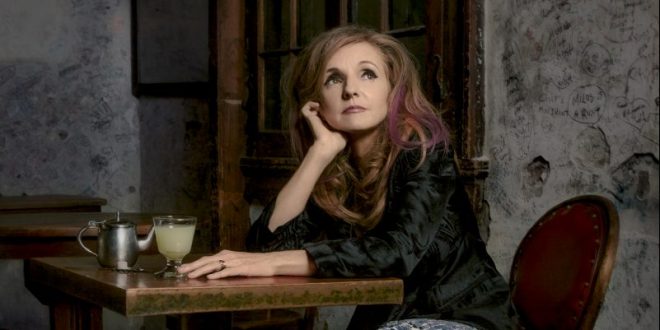 Grammy-Award winning Folk/Americana artist Patty Griffin is setting out in May on an acoustic tour of the US.  The tour will start on May 1st in Oklahoma and end on August 5th in Maine.  Griffin released her debut album, Living With Ghosts, in 1996 and has since been praised for both her songwriting and powerful voice.  She has received numerous awards and has had her songs covered by artists such as The Dixie Chicks, Bette Midler and Emmylou Harris.  Griffin’s tenth and most recent album, entitled Servant Of Love, explores how all of our human movements are motivated by love, and includes sounds of jazz, rock, blues and folk.  Joining Griffin on her upcoming acoustic tour will be her long time guitarist David Pulkingham.

Griffin is currently working her ways towards her eagerly anticipated next album, as open as ever to new sounds and new songs. Her goals in the meantime are far more earthly, contributing to the wellbeing of the planet and showing compassion for the less fortunate among us via personal and public acts of charity including 2016’s “Use Your Voice” tour in conjunction with the League of Women Voters, and the 2017 “Lampedusa Tour” supporting the Jesuit Refugee Service. Having already crafted a catalogue that chronicles love and death, heartache and joy, connection and detachment, Griffin is continuing to push her art forward, as always imbuing every effort with compassion and craft, uncanny perception and ever-increasing ingenuity.

You can find tour information and ticket links at http://www.pattygriffin.com/tour.