Home / News / Jenny March Back with Second Single, “Talk to Me” 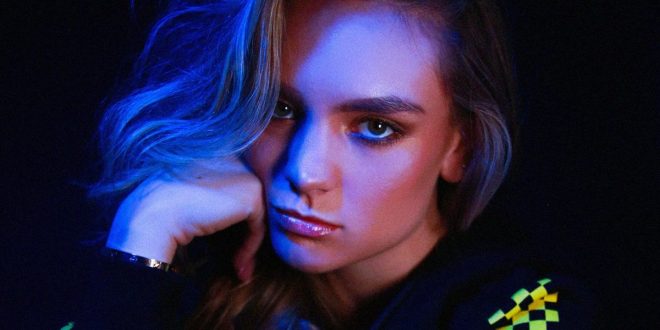 Jenny March Back with Second Single, “Talk to Me”

Fast rising LA based pop vocalist, Jenny March, has released her second single “Talk To Me” from her forthcoming EP. “Talk To Me” remains true to Jenny’s signature tell-it-like-is lyrics and is an ode to the millennial girl’s lifestyle, with an added catchy pop hook.

The track follows Jenny’s first single “California Daze,” which garnered over 65K streams on Spotify and she recently collaborated with Dutch DJ CMC$ on their track “Love Parade.”

Jenny caught the entertainment bug early in her childhood and attended New York’s prestigious Stagedoor Manor acting camp five years in a row. She later landed acting roles with Marisa Tomei and Minnie Driver in the horror film Laboratory Conditions as well as starring in the short The Stanford Letter and a 12-minute Secret Deodorant anti-bullying spot entitled Meanamorphosis. Ultimately, Jenny wanted to focus on her passion for music and teamed up with producer Tony Rodini [blackbear, Weezer, Terror Jr.] in 2017 for her upcoming EP.

Previous I Used To Love You
Next Gallery: Bon Jovi at Prudential Center in Newark, NJ 04.07.18